colombia January 1, 2019 colombia Comments Off on NASA announces that it came as close to the sun as possible throughout history 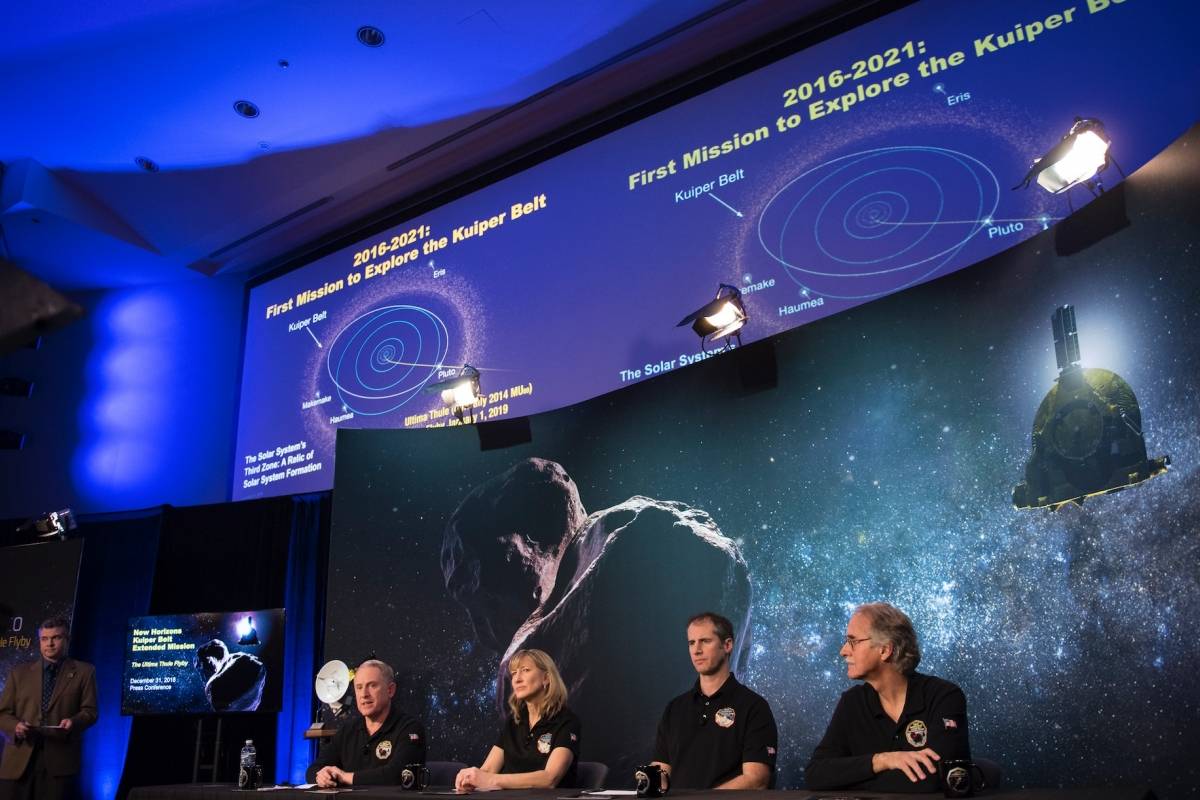 NASA today unveiled the first concrete details of the farthest celestial body ever explored by humanity, Ultima Thule, located in the Kuiper belt at about 6,500 million kilometers from the Sun after the New Horizons ship has flown over it. midnight.

Prior to this mission, the team, led by scientist Alan Stern of the Southwest Research Institute, weighed the idea that Ultima Thule was the union of two different planetary objects.

The scientist at John Hopkins University, Hal Weaver, said today that it is a single asteroid with a shape similar to a peanut or a bolus, after seeing the latest images from Ultima Thule, still very low resolution.

"That's pretty common with the tiny celestial bodies of the solar system," Weaver said at a press conference after receiving the first signal from New Horizons after completing the mission.

According to Weaver, this form would explain another mystery of this distant celestial body: the variations in brightness.

Stern clarified in his press conference that the panchromatic images with a higher resolution "will arrive in February".

The leader of the mission used the opportunity to congratulate the work with all members of the New Horizons team, whose job he described as excellent.

"The New Horizons team makes it look easy, it is not, this team has worked hard for three and a half years to achieve this, and from what we can see they have achieved a 100% score," said Stern, who announced that they will write the first scientific article about the mission this week.

Ultima Thule, which was the name chosen by the public in a call from NASA to name the previously known object as 2014 MU69, comes from a Greek term used by Roman and medieval geographers to give a place to to point out the world known. "