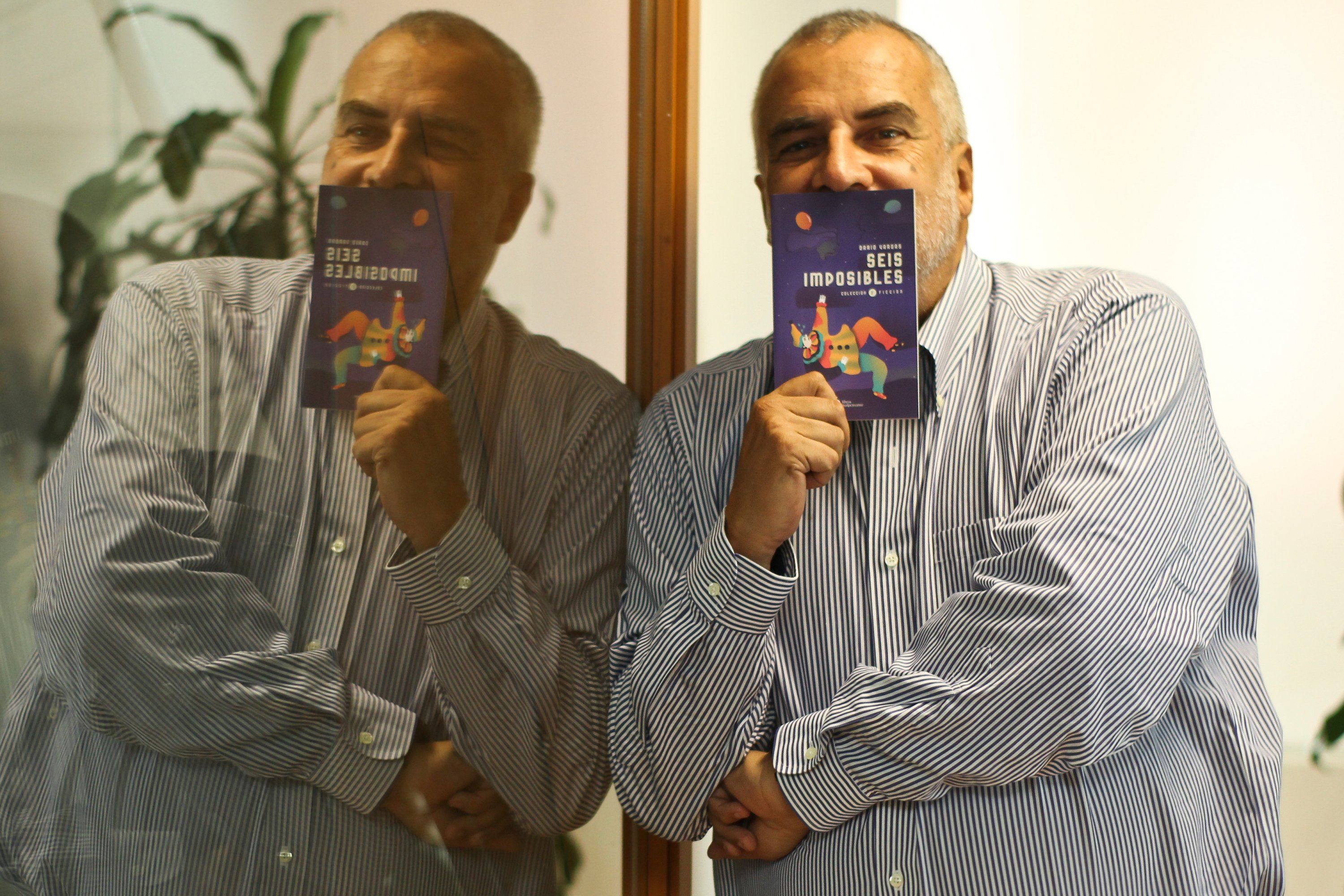 Although Darío Vargas Linares studied economics, a large part of his professional life has developed into the media, as a correspondent, columnist and director of telenovelas. The literary vein inherited it from his father, the writer Germán Vargas, who was part of the select group Barranquilla, consisting of writers such as Gabriel García Márquez, Álvaro Cepeda Samudio and Alfonso Fuenmayor, among others. Darío shares that passion for writing with his brother Mauricio, who is a journalist, novelist and columnist.

Incursionando in a new facet, Darío Vargas publishes the book & # 39; Six impossible & # 39 ;, a compilation of stories in which the author tells the stories of six loves that never were.

The stories they are based on their personal history with some women, with whom they feel united by passions that have never come true. In this sense, the structure of the book is guided by a voice alter ego of the author, who is responsible for weaving the stories of the protagonists.

Vargas spoke with EL TIEMPO about this literary son & # 39 ;, the stories and their relationship with the protagonists of the stories.

How was the idea of ​​the book born?

I start writing the book bit by bit about planes. For my work I drive a lot, which is not necessarily a good plan. I started calculating how much I could write a story about each trip. Then I knew that a trip from Bogotá to Medellín gave me a paragraph; one to the coast, for two paragraphs; A trip to New York was enough for half a story and a return from Europe gave me a full story. That is how the book was born little by little. Only at the end did I see the full curve so that it became a publication.

What are the stories about?

There are six impossible loves, six unattainable loves. A long time ago we made a film with Roberto Pombo that we have never edited, those & # 39; Tres imposibles & # 39; was mentioned, in which a person was confronted with three situations that made love impossible. I stole the title of that movie and I made it impossible to # & # 39; Six. Some time later I discovered that the title of my book is also an expression of "Alice in Wonderland", that says: "Sometimes I believed up to six impossible things for breakfast."

What do the protagonists have in common?

How did you come up with every story?

Like everything someone writes: there is a lot of what happened to someone in life, but in essence they are fictional stories. There are a few characters that I consider to be very precise and delimited, so that we can recognize their protagonists. Many of my friends reading the concepts have wondered who they are because they are not easy to find. Although it also happens that although some are delimited as a single woman, it is possible that many characters are the mix of many real women.

And they know that they are the protagonists of the stories?

Some know, some did not like it. At one point one of them even wrote me a letter in which he told me that he did not like how our relationship, our never-existing relationship, told us; but there are others who have fascinated you. Others call me a liar, because I invented a lot, and there are others who just do not know anything. Including, there is a woman in particular to whom I say that I hope she reads the story so that she identifies and can talk to her, because it was pure Platonic love.