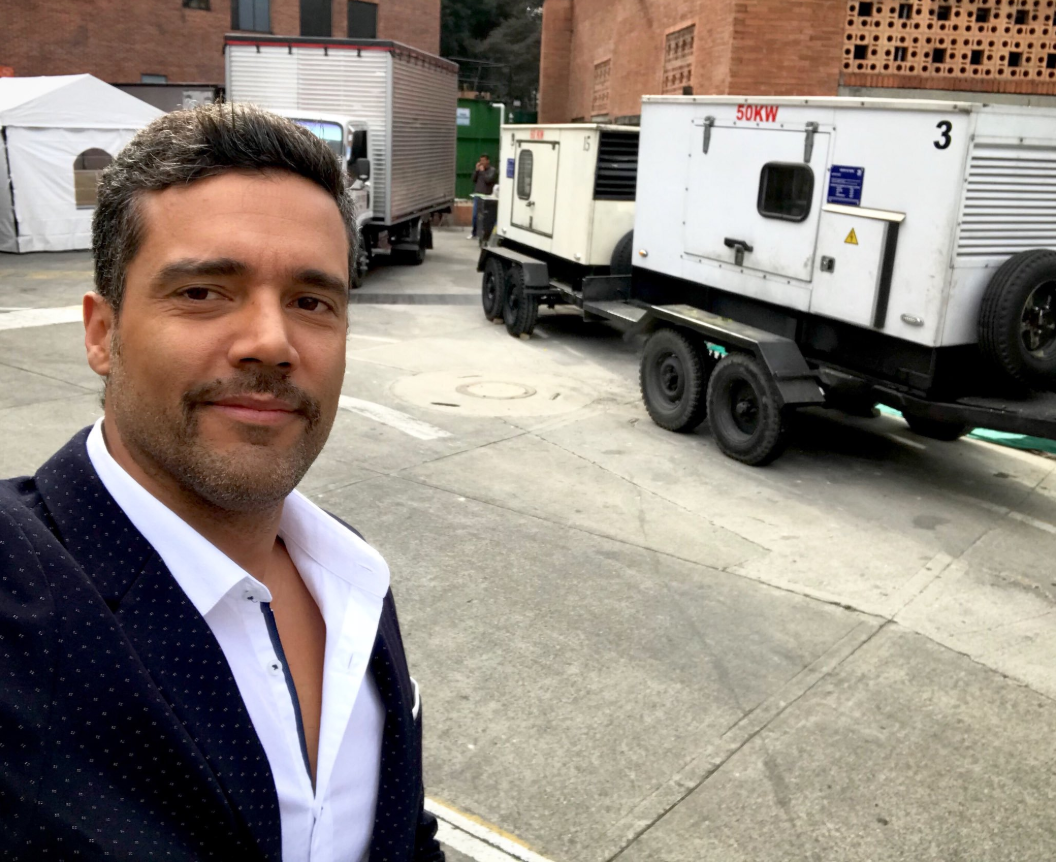 Alejandro García, the actor named by the actress Eileen Moreno as his assailant, gave a controversial interview to the W-radio in which he claimed that he acted in self-defense in the case of violence. When asked about the facts, he did not acknowledge that he had defeated Moreno and assured himself that everything was "manipulated."

Garcia is in the eye of the hurricane for the aggression against Moreno, his ex-partner, who received the solidarity of the whole country in networks and through public declarations of recognized characters.

The events that took place in Mexico were counted on 13 September at this station by the actress, who gave details of the battles and spades he would have received while arguing with what was his friend until then. That day, Moreno also unveiled videos in which visible, visible physical aggression is observed.

This Monday gave Garcia his version of what happened on July 23. The actor assured that the version of Moreno was "completely housed, it shows a completely different face," he said.

Garcia said on the radio that the day he (Mexico) was in the apartment he shares with Gustavo Blanco, the manager of the two, at a dinner organized by the latter. "I called her and invited her for dinner, after 10:30 we drank white wine, I grabbed my cell phone, unlocked it, opened the Instagram application and after seeing a picture, Eileen sniffed my cell phone and asked me: "Who is this woman?& # 39; ".

He says that at that moment they start to fight and insult each other. After a short period, he assures Eileen to enter his room and "begins to scream and say that he is one life accusing me of struck without having touched and scratching my arms, "he says, he began to record it, video that was known after he published it on their social networks as his first version of what happened.

"He went into the apartment, went upstairs, entered my room when I slept in. I started to feel aggression, so my thing was to get rid of it, it's like I react instinctively, in this fight or struggle I have it as good and as bad as possible, "he said.

When he was asked if he touched her in that fight, she replied: "I do not recognize that I hit her, I never raised her." While he slept, she threw herself at me and I reacted. something instinctive. I can not tell you that I hit her, I reacted, she defended me against aggression, there is a reflex. I acted in self-defense"Alejandro García said at the station.

On the video shared by Eileen Moreno in which Garcia is seen, kneeling in what would be the door of his apartment, apparently offering money not to report, he said he did not want to call the police but was worried about seeing her pain.

I am worried, I say, apologies for the incident, we go to a hospital and I pay whatever it is for you to be healthy. After the show you did to me, are you going to call the police to have me arrested? "He said that was what he really told him.

Subsequently, when he was asked about Moreno's video 's in which it is possible to observe the seriousness of his injuries and about the medical part that the actress has announced, he said he is not a doctor.: "That information is not supported by my lawyers, I do not know this amount of success. When she finally left my house, two patrols and an ambulance arrived. The ambulance left her half an hour ahead of the building. (…) I still have doubts about how serious the injuries of Eileen Moreno really were, "he said.

According to Garcia, he violated his rights to honor, good name and proper trial. "The truth is that the conditions and the process have been dealt with in a very subjective way," he said, adding, "The media ended up with me without carrying out a thorough investigation, they have finally finished me. She does not represent abused women, she is a liar who arranges things, so badly she crushed me and my managerThat's unfair, "he said.

The actor interviewed said that he had sued Moreno and that he had supposedly offered him, through his representatives, a payment of 670 million pesos as compensation in exchange for not going out of the media.

Last Friday, EL TIEMPO journalist and leader of the campaign "No es Hora de Callar & # 39 ;, Jineth Bedoya, recorded a video in which he claimed that the label that Alejandro García is using on social networks & # 39; excessive & # 39; is, # NiUnoMás. "Regardless of what their relationship has surrounded, it can not be justified, it can not be justified that a woman sought aggression," Bedoya said at that moment.

The answer from #NoEsHoraDeCallar to # NiUnoMásJineth Bedoya, director of the No Es Hora de Callar campaign, reflects on the latest media case about violence against women.

The answer from No is Time to Quiet for the label # NiUnoMás directed by Alejandro García.