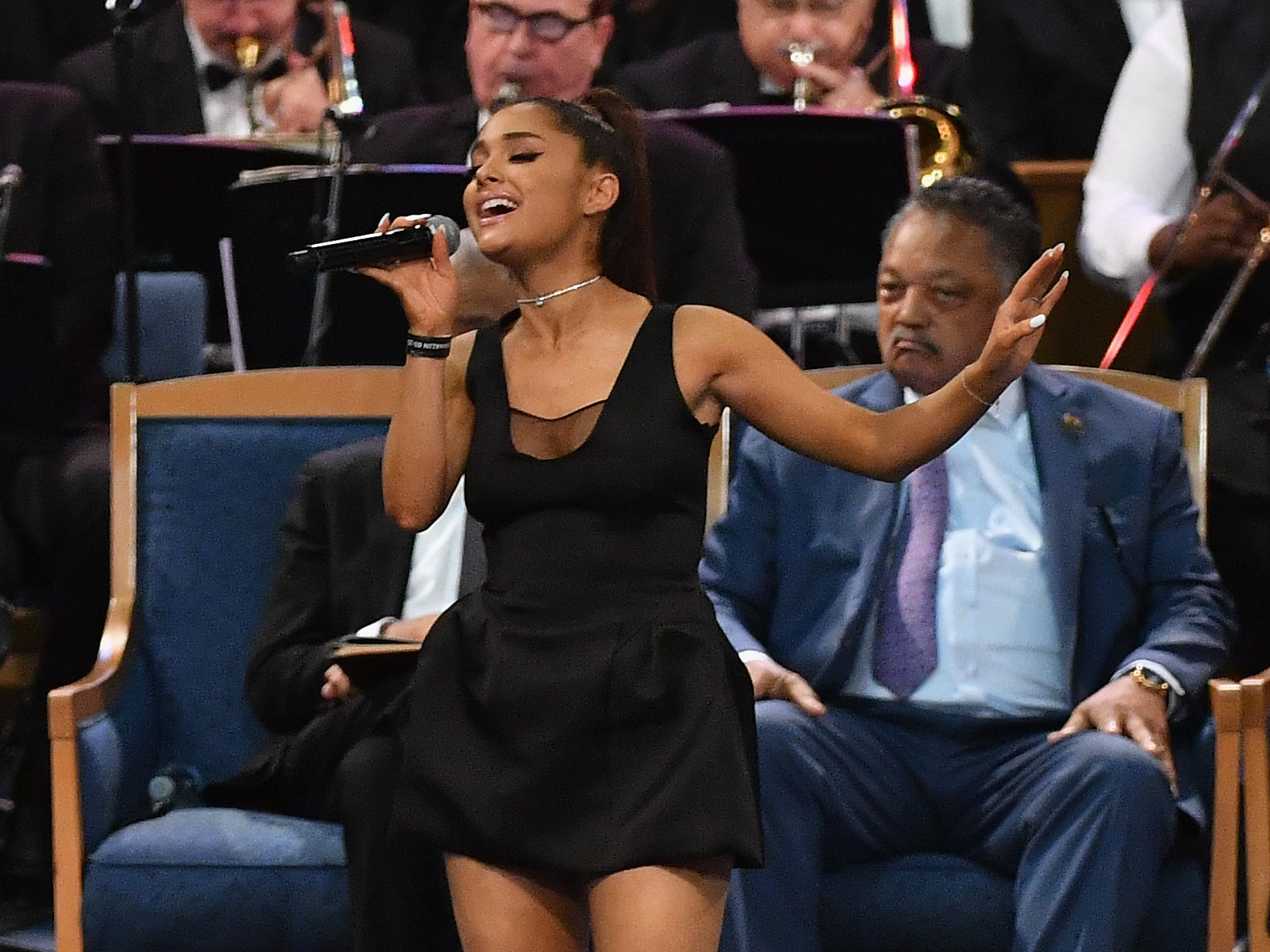 Bishop Charles H. Ellis III, who was very friendly, said it was never his intention to touch her.

Ariana Grande offered a musical tribute during the funeral of Aretha Franklin.

The bishop who performed at the funeral of Aretha Franklin apologized for what appeared to be a grating of the singer Ariana Grande on the stage, which led to great indignation.

LThe 25-year-old pop star sang the classic of Aretha Franklin "(You Make Me Feel Like) To Natural Woman", in a series of tributes from various musicians to the "Queen of the Soul" of the United States during her marathon funeral, attended by presidents, stars and the royalty of music.

After his performance, Bishop Charles H. Ellis III congratulated Grande, putting his arm behind his back and pressing his hand against the artist's chest.
"It would never be my intention to touch a woman's chest … I do not know, I suppose I put my arm around her," Ellis said in his commentary on the American media confirmed on Saturday.

"Maybe I crossed the border, maybe I was too friendly or familiar, but again, my apologies," he said.

The moment was hard criticized on the internet. "I'm sorry for what you've experienced at @ArianaGrande, that the handling was more than blatant and we could all see and feel your inconvenience"wrote TV presenter Claudia Jordan.

Ellis also apologized for a joke he made on Grande about his name: "When I saw Ariana Grande on the show, I thought it was something new at Taco Bell," he said, referring to a popular Mexican fast food chain.

"Personally and sincerely, I apologize to Ariana, her admirers and the entire Spanish community. "said Ellis, although Grande is of Italian descent.