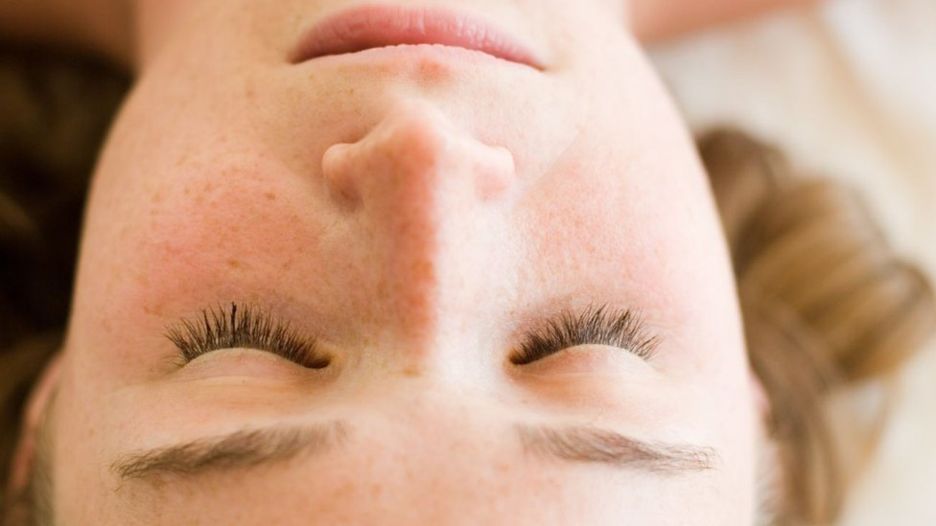 "We are the only animals on this planet that have sexual intercourse not to reproduce, but only for pleasure," says the professor of endocrinology and medical sexology at the University of Rome Tor Vergata.

This means that scientists who study sex, Jannini says, should be much more interested in measuring the pleasure that is caused by sex.

"Orgasm is the responsibility of the woman herself": 3 initiatives that strengthen female sexuality and pleasure

"It is surprising that both science and medicine have shown no interest in this aspect," says the former president of the Italian association of andrology and sexual medicine at BBC Mundo.

That is why Jannini, together with a group of researchers from various Italian universities, started a new scientific study with the main goal of measuring female orgasm.

And their findings were published on August 29 under the title "Validation of an analog visual scale to measure the subjective perception of orgasmic intensity in women: the orgasmometer-F", in the scientific journal PLOS ONE.

"This is the first time that female orgasm is measured with a validated psychometric tool," Jannini explains to BBC Mundo.

It is not a machine

The orgasmometer developed by Jannini and his team of researchers is neither a machine nor a machine.

"We joke about the orgasmatron," he says. "That was a machine that Woody Allen used in his film" The Sleeper "and also appears in" Barbarella ", starring Jane Fonda, in the sixties. which in a sense resembles a fantasy machine to get an orgasm. "

And the idea behind the orgasmometer was not only easy to remember, but also easy to understand.

"Orgasmometer means an orgasm meter and it is more efficient than a machine".

And it is that, the professor explains, "a machine to measure orgasm does not exist, in the same way that a machine for measuring pain can not exist".

Both are subjective, personal sensations. That is why a scale that you value is the best option for measuring them.

And so the Italian researchers used the same instrument that is used to measure pain in clinical practice, which is a visual analogue scale.

"All analgesic drugs sold around the world have been validated by that visual analogue scale," recalls Jannini BBC World.

But also: "Pleasure and pain are two sides of the same coin, both are subjective in nature and can not be measured by biomarkers, but by a subjective, personal evaluation", explains the Italian researcher.

"We use the same scale with which pain is measured because pleasure (…) is not only subjective, but also because it stimulates similar (and near) parts of the brain with similar mechanisms, so similar that sometimes the brain of some people takes them to distinguish, decide whether a certain feeling was painful or pleasant, "explains Jannini.

For example, if you eat spicy, "you are between something that can be painful and enjoyable," he explains.

And an example with regard to sexuality is that which has to do with the clitoris, the most important organ of female pleasure: "If the stimulation of the clitoris is not correct, the pleasure is easily converted into pain".

Why do so many women undergo sex that hurts them?

"In a rape the stimulation can be the same as in a sexual relationship, but there is no pleasure, there is pain: the brain has correctly decided that a rape is not pleasant, it is something dramatically bad, terrible." The brain does not register those sensations as Pleasant, but decides that they are painful, "says the professor.

With the help of memory

The study included 526 Italian women, 112 of them patients from a sexuality clinic suffering from a type of sexual dysfunction.

While the other 414, which contained no problem of a sexual nature, was recruited via a web platform.

"It is a smart website that adapts to the answers and habits of the respondent," says Jannini. For example, if the participant is bisexual, she is asked about her experience with a female partner and a male partner.

And one of the sections of that questionnaire had to do with the orgasmometer, giving them a numerical value to the feeling they had.

The orgasmometer gave them options from 0 to 10 to measure their orgasmic experience, with 0 being a total absence of orgasm.

And women could report their experiences immediately or after weeks and months of sexual experience.

Jannini assures BBC Mundo that this was not immediately necessary.

"It's exactly like the pain, I can ask you: how intense was the pain you felt the last time you went to the dentist? And you'll answer me about how much pain you felt in that feeling with the dentist, "she explains.

"And something that is also very important, can you tell me which dentist has given you a more painful experience with the scale? If you went to two different dentists, you can tell me: dentist A was better than dentist B because the latter much more was painful. "

In this way the study could make a connection between sexual acts and couples.

"The French have a famous expression that says that freezing women do not exist, that there are no unsuitable men," he says.

But for the expert these are macho ideas that have been transcended in time and that form the female body as a piano or a silent instrument, which is very well heard when the pianist or musician is very good.

"It is a very macho perspective, because the full responsibility for the success of the sexual experience, sexual pleasure, is focused on the hands, on the penis, on the tongue, on man," emphasizes the scientist.

Although, according to Janinni, his research shows that the responsibility for female pleasure depends on at least 50% of them.

"I strongly oppose the idea that women are mere instruments in the hands of men." It goes against my idea of ​​parity in bed: we have the same rights and we have the same duties in the same way, time to reach the goal of sexual relations, that's fun, "he tells BBC World.

The benefits of experience

The sample of participants was between 19 and 35 and it was determined that the intensity of the orgasms increased with age.

And that has a relationship with each woman's personal experience with her sexuality.

"We can not say that the orgasm is completely dependent on age, because in the case of men who start menopause, there are other factors that affect the ability to experience pleasure," says Jannini,

"Orgasms are better at 80 years": this is how women live their sexuality after the 60s

"Our experiments have shown that there is great viability in the sexual woman experience, in the case of men, their orgasm experiences are more similar and that is different in the case of women," emphasizes the Italian professor.

"I am 28 years old and have never had an orgasm": what is anorgasmia, one of the rarest sexual disorders in men

Orgasm in women, she explains, can be much more viable than in the male experience.

"The body of the woman and her sexuality are not always the same in the course of time, it can change and varies from woman to woman," says the expert.