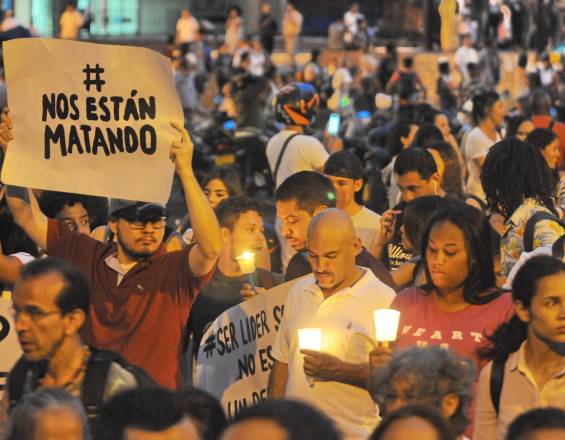 Two new cases of murders of social leaders were announced this weekend.

The first of these took place in the village of Bocas del Toro, municipality of Turbo (Antioquia), where Luis Alberto Rivas Gómez, the Afro-Colombian leader of that region, was murdered. The man was murdered last Saturday in his own house. The authorities carry out the first investigations to determine who are the perpetrators of the crime and identify the motives that led to the murder.

Armenia, Quindío was the scene of the second murder that put an end to the life of Marco Tulio Grajales Londoño, community leader of the Salvador Allende neighborhood in Armenia. He was killed last Sunday in the early hours of the morning when he was attacked in his food stall by a subject, still unknown, that gave him several bullet wounds.

Relatives rejected and regretted what happened, claiming to have unknown threats against Grajales Londoño. "He was a recognized social leader, we did not know about threats, but it should be noted that this is an area of ​​many problems, for example micro-commerce, as well as a series of situations my uncle had to deal with every day. the authorities to inform us what happened, "said Zambrano.