"Attempt to invasions, behind burning in hills of Cali & # 39; – Cali – Colombia 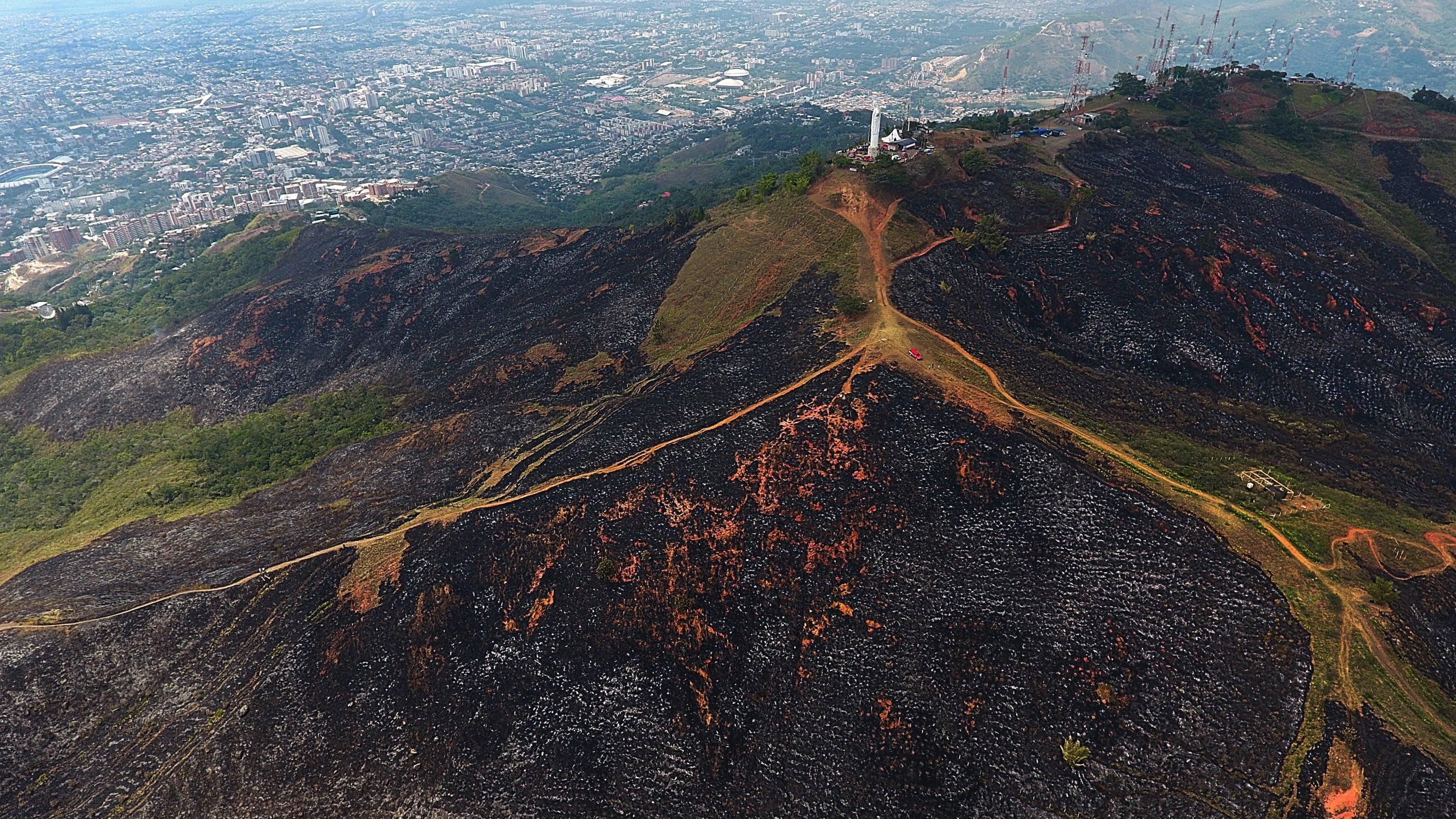 Behind the fire that devoured more than 114 hectares of woods and pastures in Cristo Rey, there would be a criminal network interested in promoting invasions or illegal activities in areas of this characteristic hill in southern Cali.

The damage is so great that the same director of the administrative department for environmental management (Dagma), Claudia María Buitrago, stated that covering more than 114 hectares (the fire brigade speaks of 118, the size of more than a hundred football fields), equivalent to 80% of the country in the protective hill.

Buitrago said that the burning of this area implies such a large impact on flora and fauna that it took three and a half years to plant trees and species to improve habitats.

That is why the Secretary of Security and Justice of Cali, Andrés Villamizar, indicated that the authorities have intensified the search for three young people suspected of causing the fire. The hypothesis that caused criminal hands the sea of ​​fire took strength, because the Administration reports that the flames arose simultaneously on two fronts with the help of combustible material such as tires. The fire covered the area at the Cali Zoo, in the west of this capital, and passed Las Pilas del Cabuyal to El Mameyal.

Villamizar said that the mayor of Cali, Maurice Armitage, gave instructions so that in less than 15 days, the police and the prosecution will present definitive results in this investigation.

"It is not possible that there are people trying to live against the same city they live in. I vigorously reject the fire caused by criminals, take care of them, and the fire department, our admiration and gratitude for their dedication and courage" Armitage said.

Make sure we take you. And to the fire department, our admiration and gratitude for their dedication and courage

In the fire of Cristo Rey, 99 firefighters used 40,000 gallons of water last Friday at 17:00 when it had started, until Saturday afternoon.

According to the Mayor, more than 1,600 people attempted to occupy the three hills of the city this year: Cristo Rey, Tres Cruces and La Bandera, and to a large extent the invaders set the country on fire. In addition to other areas on the hill of Cali, bordering neighborhoods of municipalities 1, 18 and 20, such as Montebello, Alto Nápoles and Siloé, respectively. For this reason, the mayor's office this year set up the Response Unit for the control of invasions and ecosystem protection, which is composed of officials from eight agencies, in addition to the intervention of the Air Force and the national nature parks of Colombia.

On the same Saturday in the afternoon another fire was reported that hit five hectares of forest on the hill of La Bandera, according to the fire department of the city. The authorities are trying to indicate whether this fact is related to the emergency situation in Cristo Rey.

With these emergencies, 375 forest fires, many of which are provoked, according to the mayor's office.

In just four months of this year, according to the Ministry of Security and Justice of Cali, more than two hectares of forest was consumed by forest fires that were caused with the intention to illegally occupy forest areas, and another three hectares were affected by tree felling, in addition to more than 40 constructions that were attempted to eradicate irregularly in those areas. At the same time in 2018 it is close to a hundred prisons of those who have tried to pick up cambuchas in the hills and hills.

In this year more than 1,600 people have tried to occupy the three hills of the city: Cristo Rey, the Tres Cruces and La Bandera, and to a large extent the invaders have set fire to the country

Between January and May, the Reaction Unit for the control of invasions and ecosystem protection also controlled 10 fires in municipality 18, as well as in the vicinity of the protective hills and in municipality 1.

The mayor's office also said that the control of the hills is carried out with the daily flight of the Police Hawk helicopter.

The Ministry of Security reported the existence of 133 subnormal settlements in the hills of Tres Cruces, Cristo Rey and La Bandera, and the eco-park Bataclán: there are 38,400 homes. The worrying thing is that 39 percent of these houses are located in areas that can not be urbanized, because they are high-risk areas that can not be restricted.