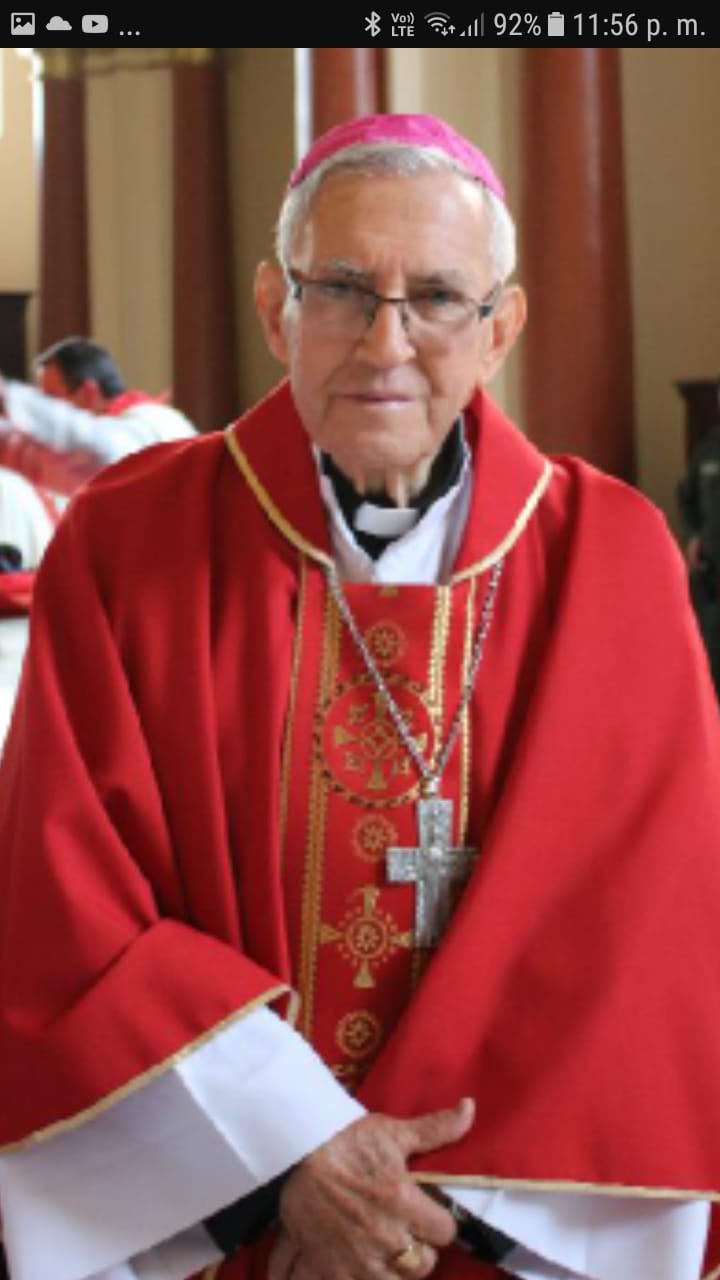 The diocese of Neiva and the Catholic community in general are saddened by the departure to the eternity of archbishop Ramón Darío Molina Jaramillo, who came to Neiva as bishop in February 2001 and won the appreciation and admiration of the people of Huila with his work and character. .

During his stay in Huila he has left an indelible mark that is reflected in the construction of the San Esteban seminary and in the evangelization of the most humble communities, of which he was always surrounded and defended in the great social circles and power.

He gave the solemn profession in the order of minors on 6 January 1957 and was ordained a priest on 28 October 1961.

In the performance of his presbyteral ministry he held teaching positions and other offices in his religious congregation: professor of moral and sacramental theology at the University of San Buenaventura, professor at the Institute of Social Studies of the same university, Provincial Definitor.

He was also sub-secretary of the Social Pastoral Commission of the episcopal conference.

He was appointed titular bishop of Timici and Auxiliary of Bogota on 6 May 1977 and received his ordination on 29 June 1977; transferred to the diocese of Monteria on 23 March 1984 and transferred again to the diocese of Neiva on 19 January 2001. On 4 February 2012, Pope Benedict XVI accepted the resignation on the basis of the age limit.

The death of Monsignor Molina Jaramillo met last Sunday night, motivated by a fall he had during showering during the morning. According to sources of the monastery house where Monseñor rested, he got a heavy blow to the head, after which he was referred to the ICU of the Sagrado Corazón clinic in Medellín, where he was intubated and with a delicate prognosis.

The fall caused various bruises in his body and a large blood clot formed in his brain. Because of their age (83 years) and the size of the blood clot, doctors do not see fit to use it because the risk is too great and the consequences are unpredictable.

By 9.00 o'clock in the night of the UCI of the clinic El Sagrado Corazón, in Medellín, his death was announced, which was later confirmed from the monastery house where Ms. Molina Jaramillo lived.

I HAVE GONE BY THE HUILA

The passage through the Huila, of Monsignor Ramón Darío Molina Jaramillo, Bishop Emeritus of Neiva, has left its marks in both the diocese and the community in general. His decisions, although observed, were not always well received by some parish priests, so the transfers he made were controversial among the community.

But his strong character did not only apply to his brothers in the religious community. In the social and power circles in Huila, where he was characterized by his few appearances, he also manifested his discontent when he saw that things were bad.

On several occasions he referred to the governors of Neiva and Huila to blame them for not doing enough for the communities in need.

On one occasion and on the occasion of one of the many reopenings in Santander Park, he was invited by the mayor to give him a blessing, and in the middle of the speech, he pulled on & # 39; the leaders and leaders they were present. He told them that "it was not too bad to bury so much work as there were people who were hungry in the Neiva community".

He felt very well in the midst of humble people. In one of his many visits to the cities of his diocese he arrived in the village of Villavieja, Poland, to celebrate a mass, because that day a chapel was dedicated that the community had built at the end of lotteries and with the money that they collected from the sale of tamales and empanadas.

In the middle of the ceremony the leaders of the village thanked him for his visit and told him all the suffering they had endured to have a chapel to celebrate the masses. Monseñor Molina Jaramillo excited by the anecdotes that the community told him, after the homily he did not want to immediately return to Neiva as planned, but he stayed until noon and ended with lunch on the premises of a house with several people from the village. When he left, he told them that "it had been one of the best stools that my God had given him the opportunity to share."

Because of his dedication to the church and the community, Ramón Darío Molina Jaramillo earned the appreciation and respect of the entire diocese and leadership of Huilense. The present bishop of Neiva, Monsignor Froilán Casas, who received him diocese at the beginning of 2012, remembers him as a man faithful to the church, his faith and his principles as a priest.

"Monseñor Ramón Darío Molina Jaramillo for Huila was a man of God, a man of faith, a man faithful to Christ and consistent with his faith, obedient to his Catholic and apostolic church, a man who leaves us a legacy of steadfastness, legality, dedication and service ", said the Bishop of Neiva, Monsignor Froilán Casas, referring to the death of Bishop Emeritus of Neiva Ramón Darío Molina Jaramillo.

All priests of the diocese of Neiva expressed their condolences and regretted the death of Molina Jaramillo, they agreed to emphasize the great work he had done in the church and in the community during his visit to Huila.

One of the priests most affected by the departure of Mgr Molina Jaramillo, and perhaps one of the closest bishop Emeritus of Neiva, is Father Alonso Sánchez, parish priest of the church of San Juan María Vianney in the El Jardín district.

Father Alonso was his vicar in Neiva and the south, and he also served as his deputy in the family and educational pastoral, a function he still has. He remembers him as a man who was a real father to the priests of the diocese of Neiva.

"Monseñor Ramón Darío Molina Jaramillo was like a father to the priests, he leaves us the legacy of the Week for Peace and works for the most humble, he had to make decisions and there were difficulties, but these are issues of the decisions that they had to take as bishops, but he was a very outspoken man, he announced the kingdom of God, but also the injustice, the mistakes and failures we condemned as people, he made decisions that caused discomfort, but that was what monseigneur Molina taught us, "said Father Alonso Sánchez.

Taking into account the fact that Neiva was the last city where Bishop Ramón Darío Molina Jaramillo was bishop, his remains will rest in the Cathedral of Our Lady of the Immaculate Conception of Neiva.

To Monsignor Darío Molina on Wednesday 17 October at 10.00. A ceremony will take place in the parish of Santa Gertrudis in Envigado, which will be immediately transferred to the city of Neiva. It arrives at about 9:00. and will be on camera in the Colonial Temple. The funerals here in Neiva will be at 10 am on Thursday 18 October. in the cathedral the corpse is buried in the same cathedral.