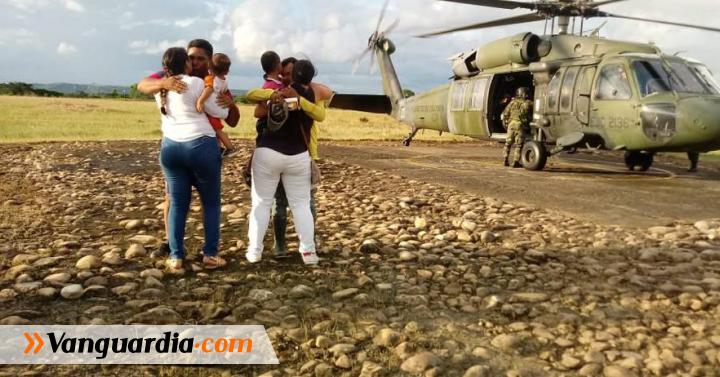 The troops of the Eighteenth Brigade set in motion a security apparatus and, after operations of military registration and control of an area, they continued in the Malvinas village, the jurisdiction of Tame, they let these two men return with their families, after 42 days without freedom.

According to reports from the army, the rescued for extortion reasons were arrested by members of the Luis Orlando Velandia committee of the Domingo Laín Sáez front of Gao Eln.

One of the freedmen has an ornamentation box and the other person worked as a taxi driver in the urban sector of the municipality of Tame.

The authorities immediately coordinated the air transfer of the two people with the aim of promoting medical check-ups and determining their health status.