Paralysis of justice continues after liftramp in Cali – Cali – Colombia 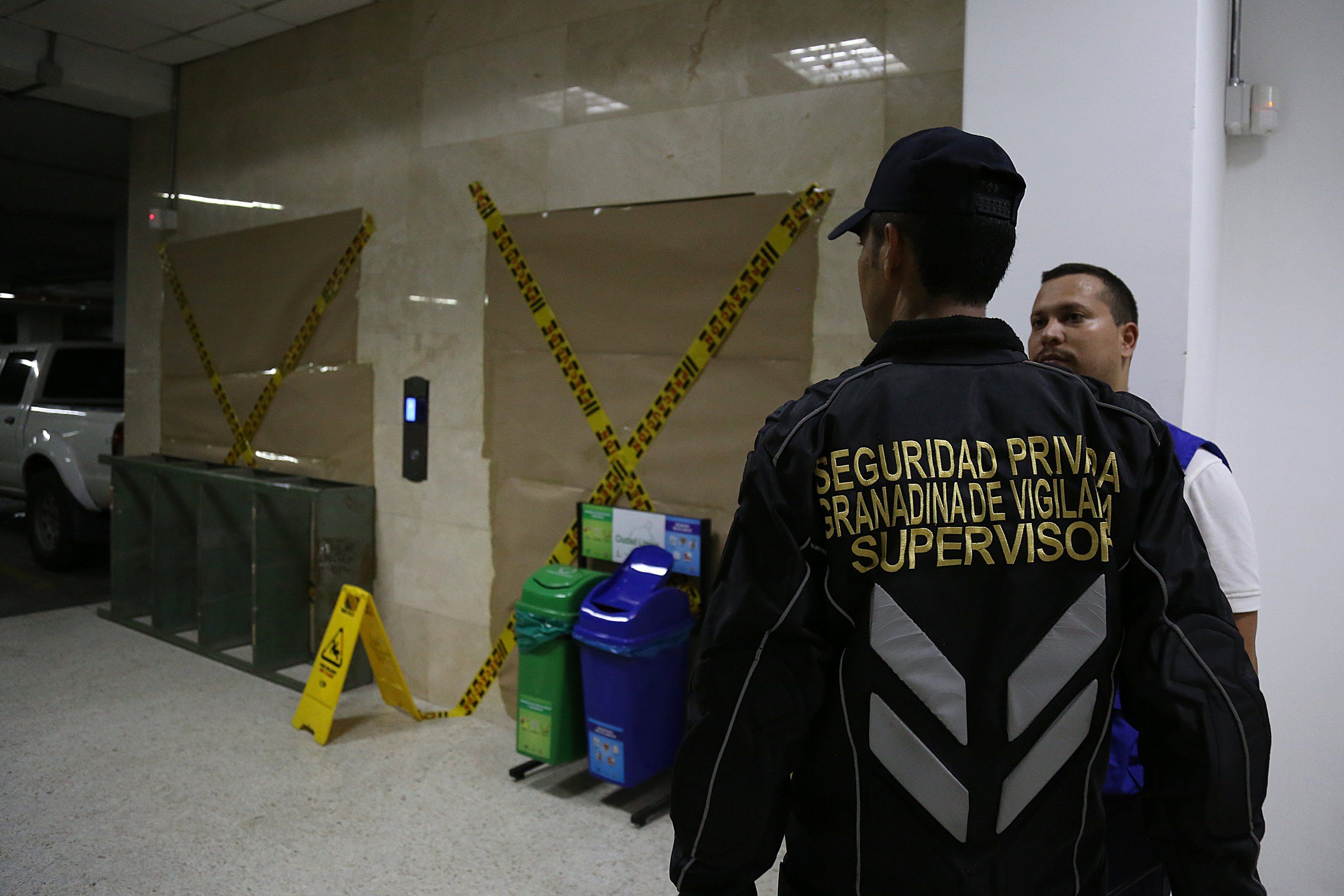 Magistrates, judges and staff of the judicial department concerned about security in the Palace of Justice.

Protest after the tragedy in the elevator of the Palace of Justice in Cali.

The collapse of a lift from the sixth floor of the Palace of Justice in Cali demanded the lives of two people and left four more wounded, including two women.

The emergency situation took place at 2.44 in the afternoon. The firefighters received the emergency call that warned them of a group of people stuck in a lift in that building of the 10th race with 13th Street. Then it fell off and fell.

The national association of civil servants and employees of the judicial department (Asonal)
A requires the removal and modification of lifts, regardless of the result of the report that has been made about its status; the separation of the position of the director of the judicial administration, Clara Ramírez; Which authorities indicate who is directly responsible and that all this is and is achieved in history.

The palace is closed by the permanent meeting of Asonal, which asks for actions in the light of the risk situation. Only urgent actions are attended, but many hearings have been postponed.

Tomorrow there will be no service at the Palace of Justice in Cali. There are no conditions under the agreement that we share below. The Judicial Asonal Assembly will also continue. We keep informing. pic.twitter.com/KZqfR8oxFR

Citizens Monitoring for Democracy and Social Coexistence was sent a priority request to President Iván Duque to request security guarantees for lawyers, users, civil servants and employees of the judicial branch that meet at the Palace of Justice.

"We allow you to request the realization in Cali of an extended meeting, with the cooperation of the Minister of Justice, the supervision we represent, Judicial Asonal and the Bar Association," say the petitioners Luz Betty Jiménez de Borrero and Pablo A. Borrero.

A few months ago they criticized Asonal Judicial for a protest day in Bogotá demanding the immediate repair of elevators.

Today lift failures in Cali kill 2 and 4 wounded. What is in danger is the life of users and employees #Inaceptable pic.twitter.com/Vds4yQcv87

The meeting would consist of verifying the state of insecurity and risks that exist in the palace and in the buildings where justice is offered in Cali.

Also to "take the necessary measures to ensure the safety and mobility of all people in the building, especially those of the elderly, disabled, sick and pregnant women." The veedores advocated a reconsideration of safety in every building where the judicial service is provided.