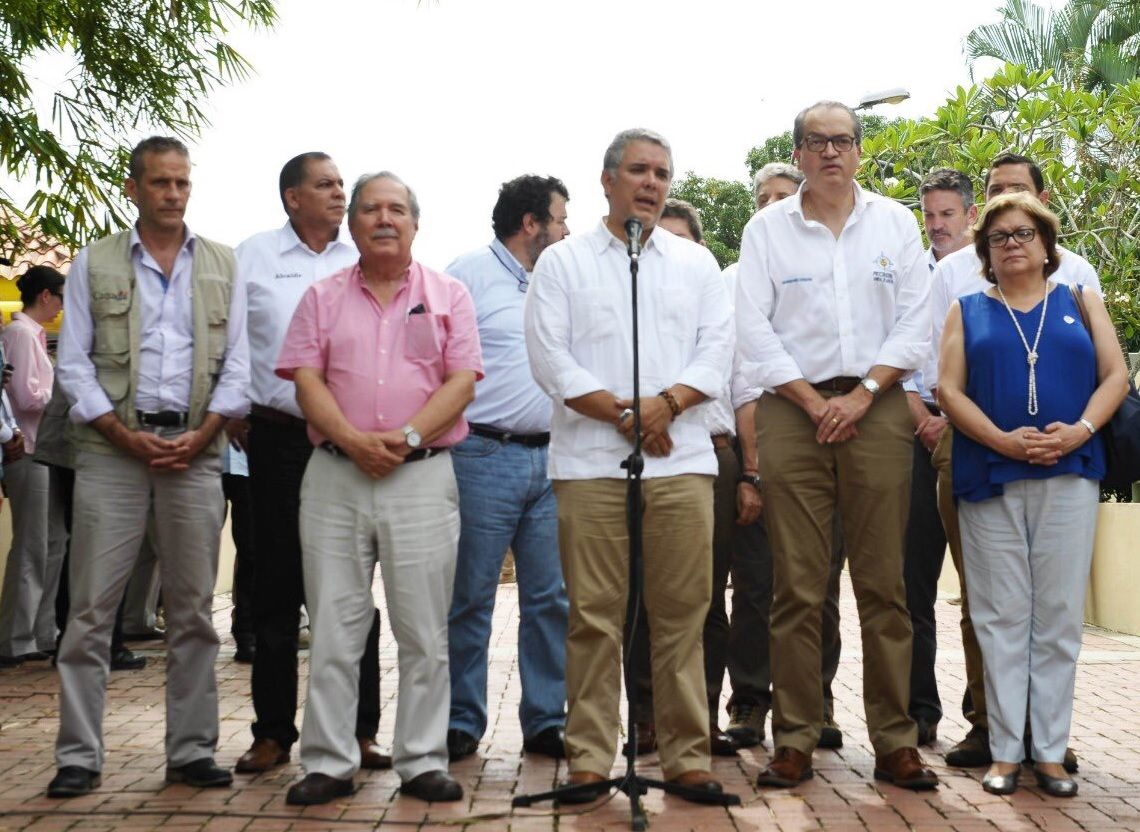 The president said he respects the decision, but it's illogical & # 39; called.

President Duque during his statements from Urabá, Antioquia.

"To condemn the state for a terrorist act of this magnitude, which at that time was committed by the terrorist group of the Farc in 2003, it seems illogical to me." This is how President Iván Duque described the decision of the Council of State to condemn the Nation for the attack that took place in the club El Nogal in Bogotá.

According to Duque, although he respects the decisions of the law and his intention is not controversy, a balance must be sought when assessing such acts.

"I still believe that we need to find a balance in Colombian society, that if those who have committed these crimes do not have an effective, proportionate sanction, that the Colombian people are exemplary and on the other hand condemns the state, it seems to me that there is a great imbalance, "said the president Thursday during his visit to Apartadó, Antioquia.

According to the Court, the attack committed by the Farc in El Nogal Club, which killed 39 people and killed 198, the nation, represented by the Public Prosecution Service, the DAS, the Ministry of Defense, the Ministry of the Interior and the Police did not fulfill their obligations to prevent the population, because there was information indicating a possible attack.

"Although it was preliminary information that had to be confirmed and investigated, no caution was exercised, indicating a clear omission, particularly given the context of the conflict and the clear urban repercussions."

Finally, the president said that Colombians' wish is that the state is not the one that ends "Paying with taxes the terrorist acts of other people that hurt the Colombian people so much".