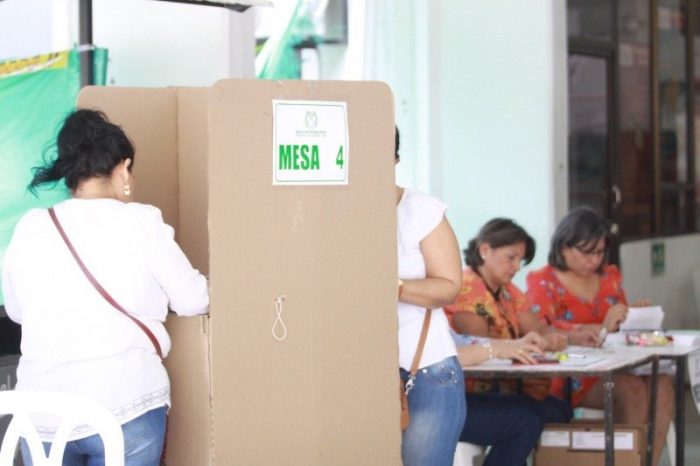 Although the target of 12,140,342 votes, the threshold for the Anti-Corruption Consultation, was not achieved, the country celebrates that more than 11 million voters went to vote in elections that are the first time they are held without subsidizing transport, without Lunches or villagers and where nobody knew who wanted to buy a voice.

Between the organizers of the consultation and the people in general felt yesterday a bittersweet feeling, because despite the good results the goal was not reached, namely reaching the threshold of participation, the third part of the electoral count, that is to say : 33.33% of the total number of people authorized to exercise their voting rights in the country or abroad. Without this requirement, no plebiscite can become a mandate.

This means that, although more than 99 per cent of voters have answered yes to the seven questions, their opinion can not be considered mandatory, at least from a legal point of view, because from a symbolic point of view all are considered the most important voices in the history of the country. , because of the circumstances in which it was voted

The question that got the most votes was the two, who said: You agree that people who have been convicted of corruption and crimes against the government must comply with all sentences in prison, without the possibility of special detention, and that the unilaterally can the contracts with them and with the legal entities of which they are part terminate, without any compensation for the contractor or the possibility to renew contracts with the state? This question reached 11,666,550 votes.

The least voted was the seven, which requires that politicians have reached only 11,391,007 votes for only three periods in public companies.

All questions reached the individual threshold, which amounted to more than six million votes, but the general threshold was not reached.

On Tuesday the ballots will be held, the same day the organizers will hand over the questions to Congress to include them in the anti-corruption law that they will process.

The consultation in Huila

In Huila, the consultations averaged 279,921 votes. Taking into account that every question is counted. Neiva was the city with the largest participation with more than 100,000 votes. In Neiva, people voted with the still fresh memory of the capture of nine active council members, a deputy, an exconcejal, the Comptroller, the Personera and a former Usco official for alleged acts of corruption.

In Pitalito, who just recovered his mayor, who was arrested two weeks ago, accused of presumed participation in the murder of an expersonero, the consultation reached 29,578 votes for the yes.

Algeciras went out to vote only 3881 people for consultation, in Aipe, one of the most political municipalities in the department, the consultations reached 4,586 votes. While Palermo contributed 6,354 and Campoalegre 8.181.

Number of votes per question in Huila

Do you agree to reduce the salary of the conference members from 40 to 25 statutory minimum monthly wages and senior officials of the state?

Do you agree that people who have been convicted of corruption and crimes against public administration must adhere to the totality of the sentences in prison, without any opportunities for special isolation?

Do you accept the obligation for all public and territorial entities to use standard bidding documents that reduce the manipulation of qualifying and qualifying requirements and manual selection?

Do you accept the obligation to hold public hearings, so that citizens and businesses can decide on the distribution and prioritization of the investment budget of the nation, the departments and the municipalities?

You agree that congressmen and other companies are required to be accountable annually for their presence, presented initiatives, votes, debates, management of specific interests or lobbyists, projects, public investments and games they have managed and public functions for which they are candidates. have suggested?

Do you agree to force all those elected by popular vote to disclose their control of assets, assets, income, tax payments and conflicts of interest as a requirement to take possession and exercise a function?

Do you agree to establish and exercise a maximum of three preferable periods in the same corporation with popular elections as the Senate of the Republic, the House of Representatives, the Departmental Meetings, the Municipal Councils and the Local Boards?