Water emergency due to dredging collapse 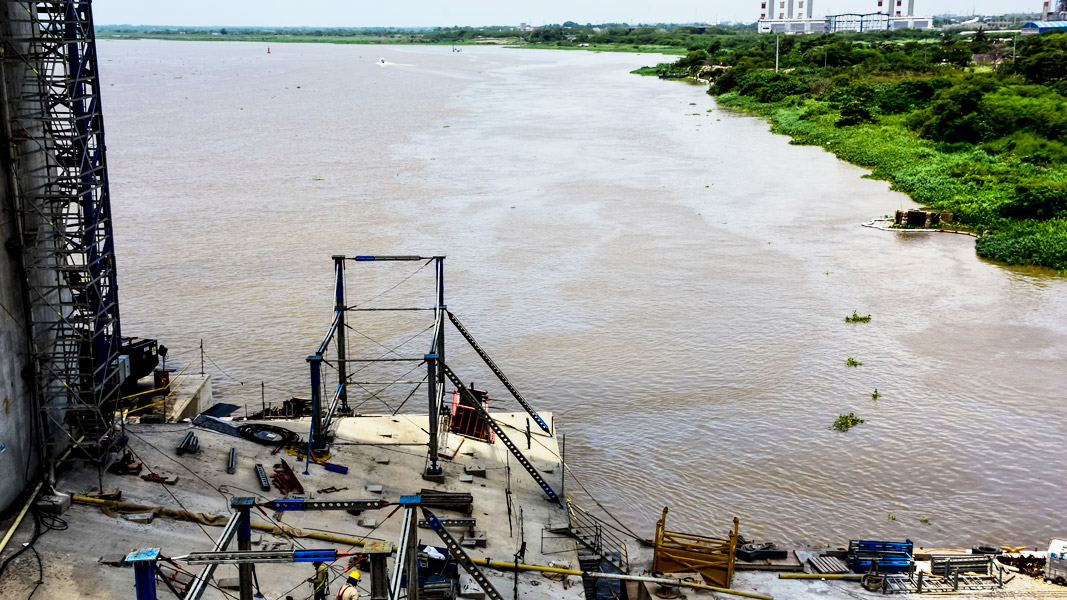 A diesel stain on the Magdalena River caused the suspension of the supply of drinking water in Barranquilla and Soledad. The expansion of the hydrocarbon was caused by the wreck of a dredger at one kilometer from the Pumarejo bridge.

An oil slick in the river Magdalena yesterday caused the hanging of the drinking water service in Barranquilla and in Soledad in a preventive manner. The incident was recorded at 9.40. and the service began to normalize at 6.30 pm, after nine hours of interruption of the liquid supply.

After carrying out an investigation, Triple A reported that the presence of the hydrocarbon in the river corresponded to the sinking of a dredger located one kilometer from the Pumarejo bridge.

"The dredger performed lightning work a mile upstream from the Pumarejo bridge," the utility company said in a statement.

Engineer Ramón Hemer, manager of Triple A, informed EL HERALDO that the measure to suspend pumping was taken to prevent the fuel from entering the dock and contaminating the water already captured for its treatment.

At that time (10:30 am) the cut affected 30% of users who pump water directly, most of them live in the southeast of the city. The customers who supplied the Recreo, Olaya and Ciudadela stations were without stock at half past eleven.

Hemer asked citizens for patience, because the relevant works were carried out so that the service could be restored without affecting the quality of the water 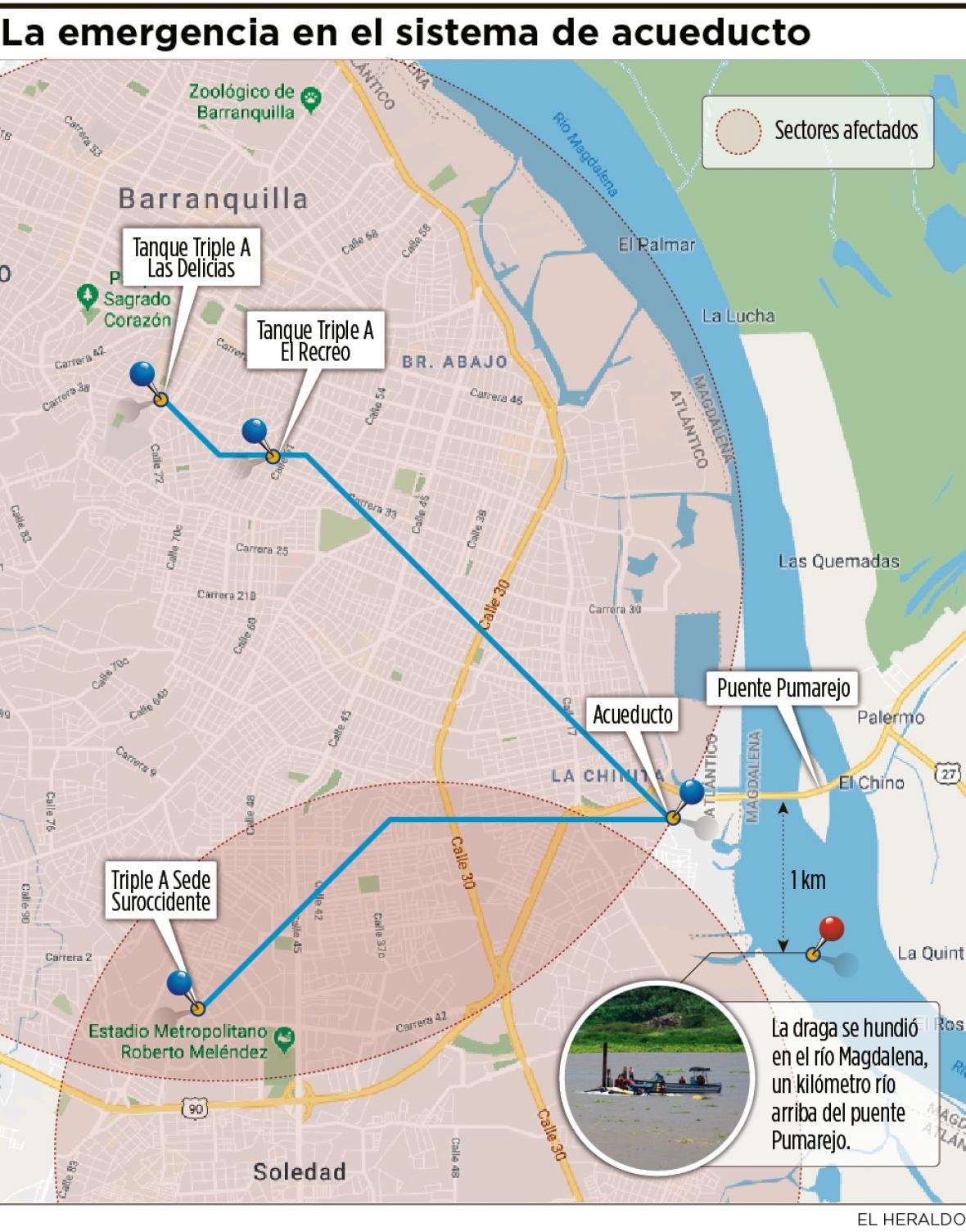 To search for water

Before cutting off the stock, several users of the suroriente of the city no other option to obtain the precious liquid in some uncovered pipes, as is the case in the district The Light, where they used the presence of an uncovered mother tube to fill its tanks. Children and young people also used to bathe in the street.

Although Triple A this time explained the reason for the suspension of the service, people complained because in the past two weeks the offer was interrupted in different chances "It touches us to run to search for water at all times because they remove water without warning, "said Julia Gonzalez, neighbor of the La Luz district.

"On the one hand this tube helps us a lot when the water leaves, because we can take the water for cooking and for the baths, but it is a danger because the children are the ones who take in the water and can easily fall down. ", added Katherin Fernández, a resident of the sector.

The Atlantic Autonomous Autorome Corporation (CRA) reported that there was a "delay on the part of the allegedly responsible contractor, taking into account the fact that eight hours had elapsed from the incident. The CRA opened an environmental administrative investigation against the company Dragados Colombia Americana, owner of the dredger that spilled 200 gallons Acpm in the river Magdalena.

Jesús León Insignares, director) of the CRA, said the procedure will have to establish whether there are violations in the execution of the contingency plan by the company that owns the fluvial embargo.
At the end of this edition, 90% of the users they received received the drinking water service. [19659018] <img src = "https://www.elheraldo.co/sites/default/files/styles/1180/public/8a_agua.jpg?itok=_6cE9BOZ" alt = "Children and young people benefit from the t lighted tube to bathe in the street due to lack of liquid. [196590] 20] Children and young people use the uncovered tube to bathe in the street because of a lack of liquid.

The mayor of Barranquilla, Alejandro Char, communicated with President Iván Duque to give him a report on the situation. "The 200-liter diesel that fell 900 meters upstream from the Pumarejo Bridge is already under control – these gallons will not be in the intake of any of the aqueducts that surround the river," the city's president said. He also indicated that all local and national authorities are waiting for everything that happens with this problem, which took place at 9:30 in the morning, as reported by Triple A.

Measures of Triple A

De operations manager of Triple A, Cecilia Moreno, referred to the work of the public service provider. "We implemented our contingency system to prevent all that material from entering our collection system and we placed all these sets of materials needed to stop the entry of the oil," explains the officer. Moreover, he said that until the oil flowed through the river, they could not resume the aqueduct service. 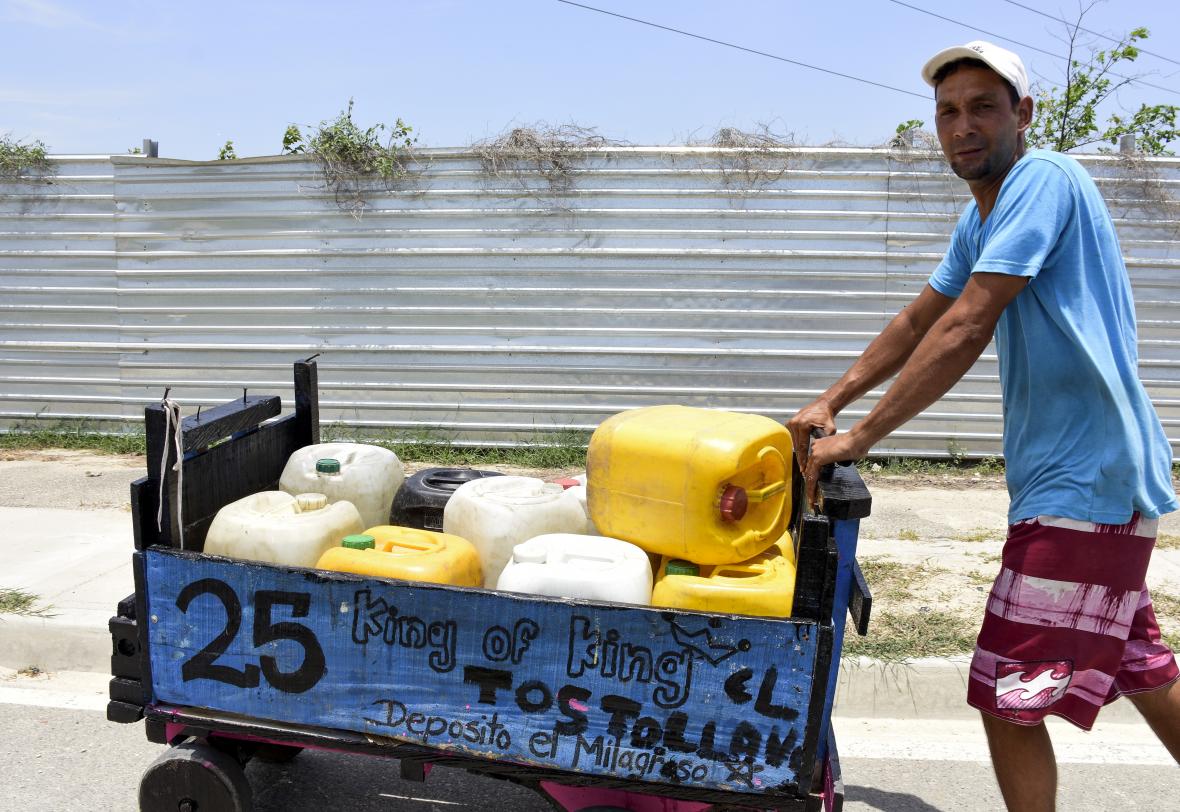