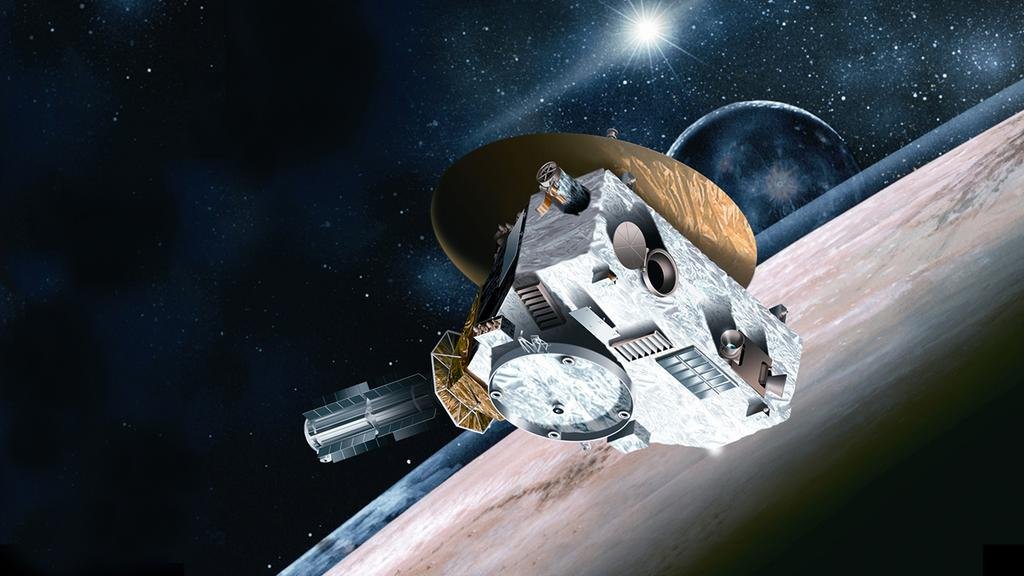 As it moves away from the sun, the New Horizons mission can approach a "wall." The spacecraft, which is more than six billion kilometers away from Earth and beyond Pluto, has determined what seems to be an indication of the greater scope of the sun's energy: a hydrogen wall. It is almost the same as what the Voyager mission discovered 30 years ago, and it gives more information about the limits of the sun's range. "We assume that there is something else, another light source," said Randy Gladstone, author and researcher of the study. at the Southwest Research Institute. "If we have a chance with New Horizons, we might be able to make an image."

Sunlight emits charged particles, whereby hydrogen particles between planets in space emit a characteristic ultraviolet light. But ultimately the energy of the sun should decrease, creating a limit on which interstellar hydrogen accumulates at the edge of the external pressure created by the sun's wind energy. Scientists have captured a complete picture of this ultraviolet emission using the Alice instrument from New Horizons. When they analyzed the distance to the sun, they saw more clarity in the signal. This could come from hydrogen particles outside the solar system that interact with the greater reach of the solar wind, so that a border seems to emerge in the distance, according to an analysis published in the scientific journal Geophysical Research Letters. The Voyage probe identified a similar property three decades ago. Recently, Voyager's results were re-analyzed and it was concluded that Voyager scientists have probably overestimated the signal's strength. But once they corrected the Voyager data, the New Horizons results were almost exactly the same.