This is what the earth looks like on a spasmodic day 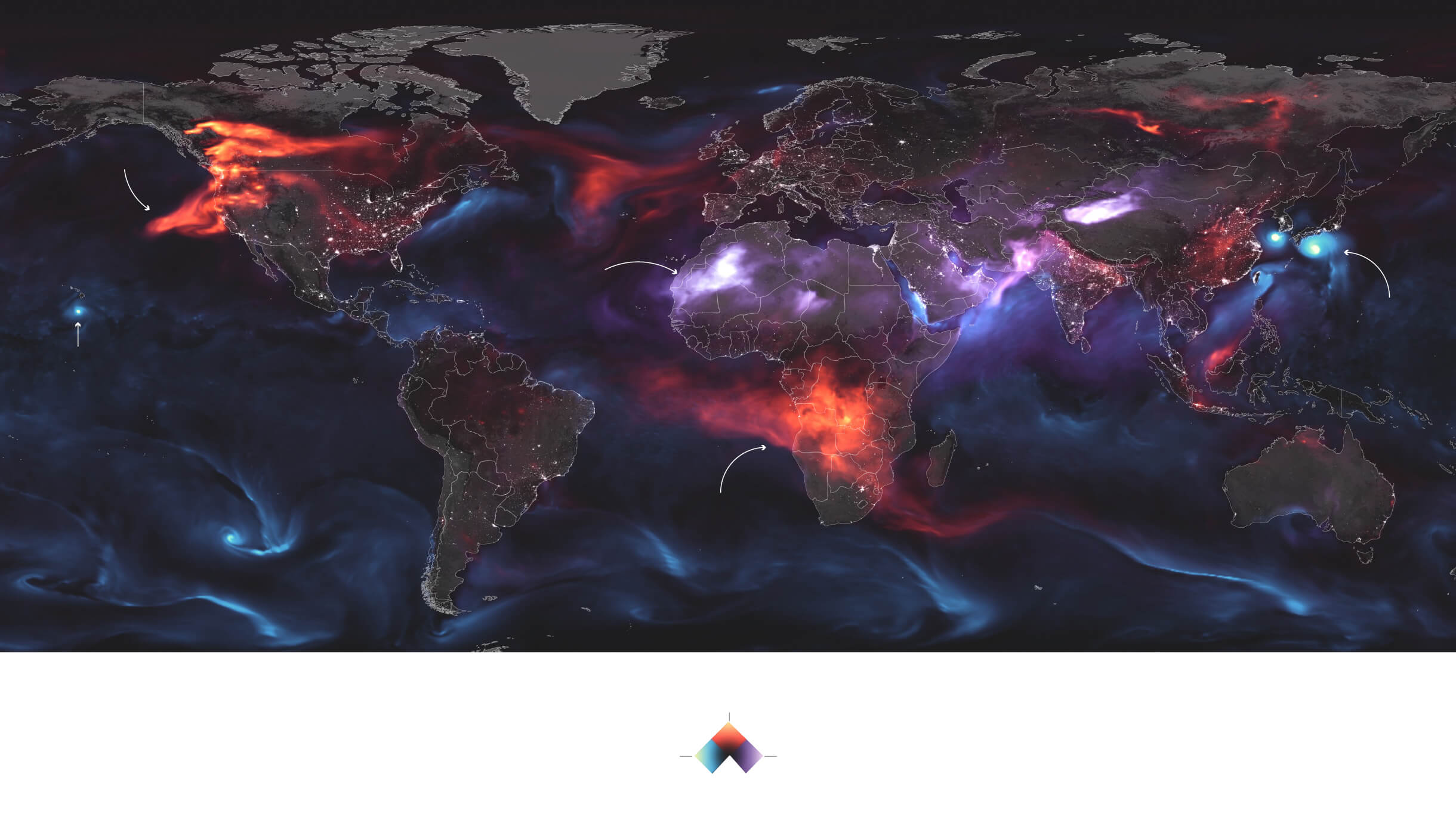 What looks like a colorful image from NASA is a graphic representation of the disasters and environmental phenomena that affect the earth today.

The agency accompanies the publication with a text saying: "Take a deep breath, even if the air looks clean, you will almost certainly breathe millions of solid particles and liquid droplets.These ubiquitous spots of matter are known as aerosols and can be found in the air above oceans, deserts, mountains, forests, ice and in all intermediary ecosystems. "

Only those brightly colored areas represent particles of ash, sea salt and dust that have been identified by the scientific satellites Aqua, Terra, Aura and Suomi NPP, which offer hundreds of kilometers above the surface of the earth a completely different perspective.

If you have ever seen smoke from a forest fire, ash comes from a volcano or dust that blows in the wind, you have seen aerosols.

"Aerosols are a mixture of solid, liquid and gaseous material that lingers in the atmosphere for hours." In addition to various chemical species, including bacteria and viruses, these particles have effects on human health, ecosystems, visibility, clouds, etc. others, "explains Laura Gallardo, director of Chile's Center for Climate and Resilience.

A version of a NASA model called Goddard Earth Observing System Forward Processing (GEOS FP) showed these particles that went through the atmosphere on August 23.

That day enormous plumes of smoke were floating over North America and Africa, three different tropical cyclones moved in the Pacific Ocean and large dust clouds flew over deserts in Africa and Asia.

The image, says Gallardo, illustrates the presence of spray cans everywhere that day. "Some of seaworthy origin (sea salt), for example across the southern oceans, others are rich in both organic and elemental coal (black carbon) blasts downstream from burning areas and fires across Africa and the west coast of North America (in California and British Columbia) You can also see dust storms across the Sahara and other deserts in Asia. "

This image is the product of mixing the signals recorded with optical sensors in satellites and atmospheric simulations. "These kind of images inform us in time and enable us to make better decisions," says Gallardo.

People, says the expert, have radically changed the operation of the climate system. "One of the most characteristic changes is the aerosol layer that usually covers our cities and their surroundings," he adds.

Our use of the territory and the impact on extreme events, such as heat waves and droughts, also affected the frequency and repetition of fires, as observed this year in the northern hemisphere and every year on our South American continent.

"Changing energy sources that lead to direct emissions of aerosols or their formation are things that depend on our own policies," he says.
If we continue to change the terrestrial system as we have done so far, Gallardo indicates that "it is likely that we will see more and more extreme events, filthier environments and less liveable cities, but we can reverse these trends. from everyone. & # 39;

He concludes by declaring that "decontamination is a good company that makes us less vulnerable, for example by using energy more efficiently or by introducing non-conventional renewable energy (solar, wind, geothermal energy, etc.) and in general our reduce carbon footprint ".