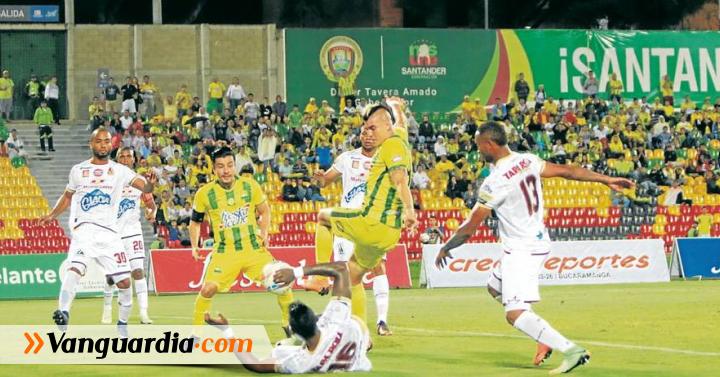 Atlético Bucaramanga lives an eternal & # 39; déjà vu & # 39 ;. Constant changes of coaches, poor recruitment policy and lack of structure in the smaller divisions are some of the problems that are repeated over and over again.

Yesterday the & # 39; Leopardo & # 39; team announced yesterday via a press release that & # 39; it has reached an agreement with the technical team led by Carlos Mario Hoyos to end his collaboration with the Atlético Bucaramanga club. & # 39;

In this way, the búcaro box has owned and operated three trainees in the A seven carriages in less than three years (see graph).

Before he started Liga Águila II in 2018, in which Atlético has four out of fifteen points, ex-player Fredy Rincon, of exceptional professional careers, told this journalistic house that "technicians have to be left to work, to the The distance seems to me that the Bucaramanga directive is a lot about technicians and that's not how it works, because the technician who takes him in, lets him work and gets the results. "

On the other hand, in comparison with the sporting aspect, San Sebastian's coach, José de Jesús Suárez, indicated that "the Cagna team had a defensive problem because they had good football despite not having a goal. that defensive problem was not solved and that was paid now, in addition to the coherence that was lost in the attack. "

"You have a more technical point of view and what I can say in the administrative section is that the president is left alone and is not surrounded by people who know football, nor do I know if the technicians have the authority to decide on the players arriving, "added Suarez.

The recruitment policy for Jesus & # 39; El Kiko & # 39; Barrios, who also played and directed Atletico Bucaramanga, is one of the aspects where the Santanderean club fails. "Football is based on good players and there is the problem of Bucaramanga because it is wrong in the election, I think the coaches do not set any conditions to strengthen the team and that is very difficult," El Kiko said.

With regard to the future and the question of how the current situation can be reversed, Barrios said: "The tournament has just started and it is necessary to add as many points as possible so that the team will not be able to descend again next year. the team must structure and think of a 2019 with a team that has a solid foundation and is surrounded by players from the smaller divisions, so that the club has a heritage and players with a sense of belonging. "

At the moment, Atlético Bucaramanga has not yet announced who will take charge of the team, who will meet the sixth day next weekend as a visitor to Santa Fe. 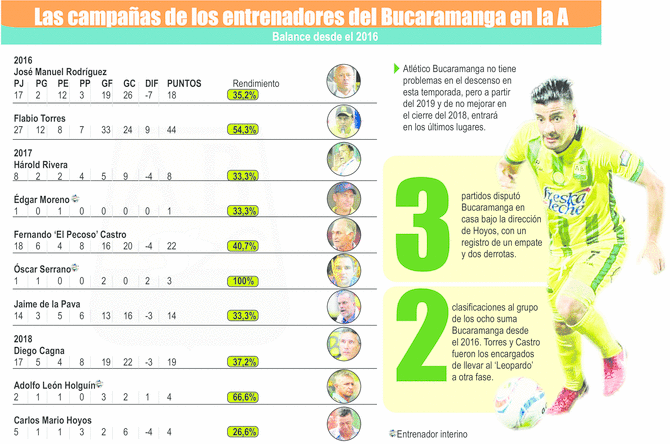