Ernesto Valverde: "I hope without a doubt that Rakitic can stay" 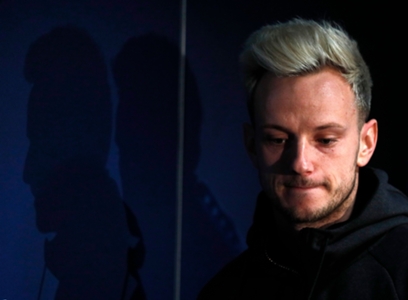 "I understand that other teams that can be repaired, but we have him," said the coach in Croatian; his opinion on Rafinha and Dembélé.

Ernesto Valverde, coach of Barcelona, ​​said he has Ivan Rakitic for next season, amid rumors that place the Croatian midfielder far from Camp Nou.

"Ivan is fundamental to our team and I think I have him, his number is there and we all understand the importance in the team, I understand that there may be players from other teams that can be repaired, but we have him and I hope can be left without any doubt, "said Valverde in the press conference before the match against Real Valladolid this Saturday.

In the last hours various information circulated which took into account a possible distance from Rakitic, that could go to the champion of the Ligue1, the Paris Saint-Germain. But Valverde is clear: "I want the best and he is, he knows what we play, he is involved with the club, we do not do business, but win games".

On the other hand, Valverde was consulted by Rafinha, whose future in the LaLiga champion is also not insured. "We always said I was doing a good preseason, we all thought he could help us because we are in the market, we still have to wait, but the same thing I said a few weeks ago is now useful the azulgrana preparer.

Also on the market he said that he wants to continue playing Ousmane Dembélé in the club. "Of course I count on him, he plays with us, he is absolutely a Supercopa holder."

Finally, he was reminded that the market was already closed in the Premier League and Serie A, to which he replied: "It is normal and what we will do, that there are players who will one day play with their team and the next against … The coaches already commented last season, there are already two divisions that have taken the step ".