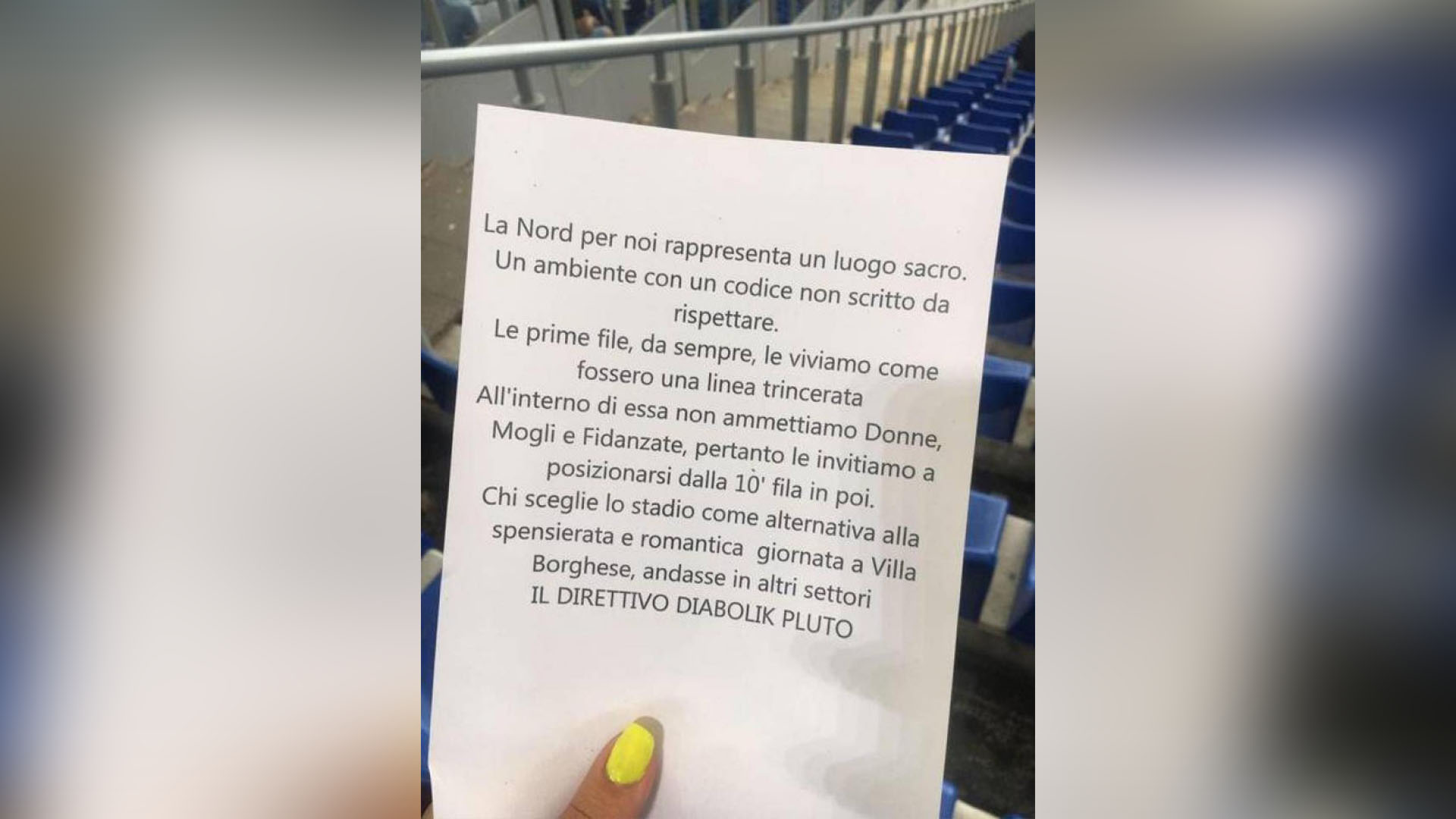 updated
A moment ago

On Saturday a message was handed out during the match of the 1st day of the Italian championship, in which women were asked not to occupy the first ten rows of the North rostrum of the Olympic Stadium in Rome, the Ultras of Lazio.

"It's the bad taste joke of summer." The leader of the Italian federation Robert Fabbricini criticized Monday the sexist text of unknown origin that appeared in the northern stand of the Olympic stadium in Rome, this Saturday during the defeat of Lazio against Naples (1-2).

"If you talk about a stadium, it has to be a meeting place for families and creating ghettos for a group of people seems very stupid", complained the director of FIGC.

The text, which was distributed on Saturday during the 1st day of the Italian championship, asked women not to occupy the first ten rows of the northern rostrum of the Olympic Stadium in Rome, that of the Ultras of Lazio.

"For us, the Northern Curve represents a sacred place, an environment with an unwritten code that must be respected, we always consider the first rows as a trench line.We do not accept women, women or girlfriends here, which we invite to be placed after the tenth row ", can be read in that text, signed by" Executive Diabolik Pluto. "

The communiques of the Ultras of Lazio are usually signed by the name of a group, usually that of Irriducibili, the most important of the Roman team.

According to the Italian media, the police identified the people who distributed the texts, thanks to the images from the security cameras.