Prof. Luis Fernando Montoya manages to stand up for the first time 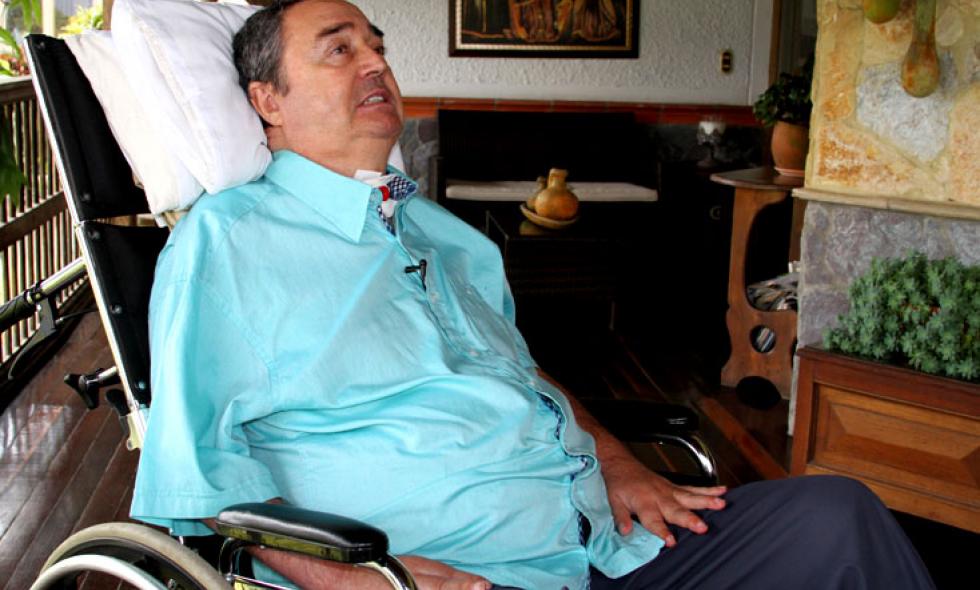 The teacher Luis Fernando Montoya, known as the & # 39;champion of life", this Sunday gave a light of hope, both for his life and for his family, because he succeeded in taking the next step in his recovery process.

And is that after one multi-year battlehis body began to respond to the therapies and, on this occasion, he allowed him to stand up, just leave the wheelchair behind who transports him when he is not in bed.

The coach, who in 2004 was crowned champion of the Copa Libertadores with Once Caldas, although he did have health lossas for the restoring the mobility of your body It has shown improvement over the years. Well, after fourteen years of being immobile, he keeps his usual lucidés, he has improved his communication and now he managed to get out of his chair.

This advance hopefully fills the family that surrounds the teacher, because it is a big step in this long recovery that leads, then in December 2004 some misfits sentenced him to a wheelchair hit him with two bullet wounds, trying to steal his wife.

As reported by RCN sports, Luis Fernando Montoya he managed to stand upright on his own body.

In May this year, Montoya was locked up in the Special Care Unit of the Las Américas Clinic in Medellín after suffering a strong flu that caused a condition. Because of the congestion one of the lungs was filled with blood, which made breathing more difficult.

The disease would have been caused by the constant rainfall and wind in Caldas, south of the Aburrá valley, where the coach lives with his family. The champion of the Copa Libertadores with Once Caldas underwent a procedure to remove the stagnant liquid.

Different personalities of football are awaiting the advance of the teacher who, in the midst of his recovery, has dedicated himself to dictating personal improvement conferences and has been a soccer analyst for various media.

On return of the Intercontinental Club Cup, in December 2004 (after winning the Copa Libertadores with Once Caldas), the coach Luis Fernando Montoya He spent days with his family when a robbery was filed against his wife.

When trying defend your wife, the robbers They shot Montoya, who has suffered damage to his spinal cord and caused it irreversible quadriplegia.

For years he was in various treatments that made the mobility of his head and neck possible, in addition to restore speech.

Through his constant dedication he became an example of personal improvement, for which he is known as & # 39; the champion of life & # 39; and received countless awards.