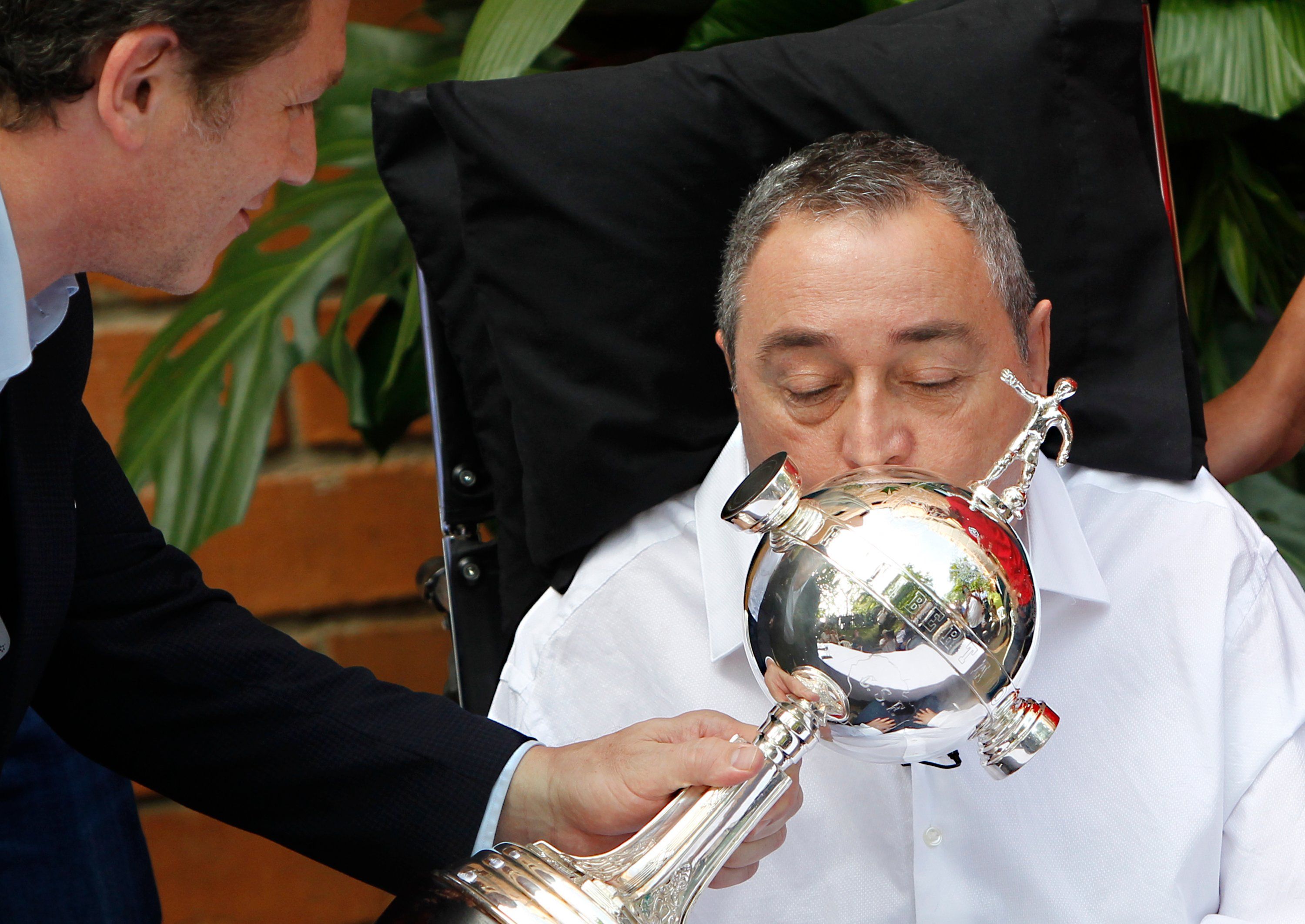 His situation is the same, but he can change the perspective of things, says his wife.

Luis Fernando Montoya received the trophy from the hands of the president of Conmebol, Alejandro Domínguez.

Professor Luis Fernando Montoya was able to stand up for the first time since the attack that hit him in 2004 when two bullet wounds damaged his spinal cord. The teacher, helped by a special device called an exoskeleton, managed to get out of his wheelchair.

Adriana Herrera, wife of the professor, explained to EL TIEMPO that it is a help developed by a Colombian engineer that allows people in wheelchairs to get up, stand up, even though they are completely attached to this device.

They have done some tests. What they do is tie up and get up and feel upright. But the team supports it all the time. I hope you can do it on your own

"They have done a number of tests, what they do is tie up and get up and feel upright, but the team supports it all the time, and hopefully I can do it alone," he said.

The teacher's wife Montoya explained that the situation of Luis Fernando has not changed at the moment, but says that the teacher is in good mood with these tests.

"Luis Fernando makes him happy because he has the ability to get up and see things in a different way. In any case, we have to wait. These are just tests. Adjustments are missing, "he added.

The teacher Montoya is known as The Champion of Life, for his perseverance, perseverance and for the clarity he maintains after the attack he suffered after winning the Copa Libertadores as coach of Once Caldas, when two people tried to rob his wife.