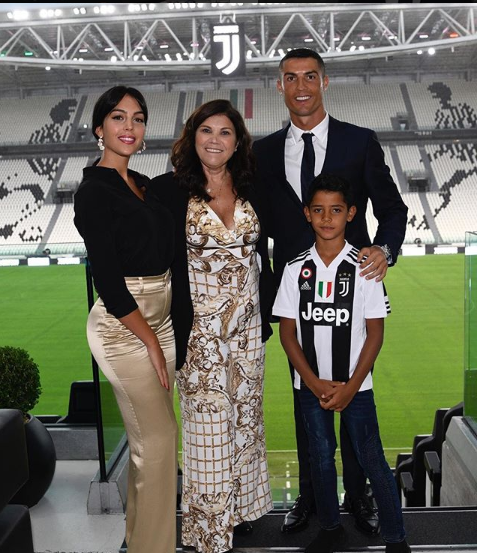 Little Cristiano Jr., born in June 2010, was photographed during the training on Monday.

The eldest son of Cristiano Ronaldo, 8 years old, started training in the Juventus training center in Turin, The club that his father signed this summer, reported several Italian media on Tuesday.

Little Cristiano Jr., born in June 2010, was photographed Monday while training with other players of his age in the training center of the Piemontese club.

The pair of the Portuguese star, Georgina Rodríguez, could also be seen near the field.

"He is like me when I was a child", stated Cristiano Ronaldo regarding the oldest of his four children in the streaming channel of DAZN. "He is a competitor, he hates losing."

"It is clear that I would like to keep him a footballer, because I think he also has a passion for this sport," said Ronaldo.

Cristiano Ronaldo, who has five golden balls, signed for the summer of this year for Juventus at Real de Madrid for 100 million euros.