When and against whom does River play in the next stage of the Argentine Cup? 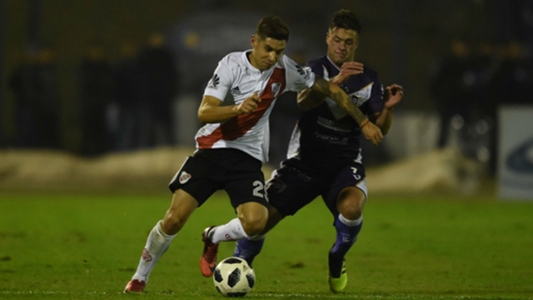 After defeating three teams of the promotion, there will be one in the quarterfinals: Atlético de Rafaela or Sarmiento de Resistencia.

The players of river and Marcelo Gallardo have turned their heads to the Copa Libertadores, but they also know that they should not neglect their performance in the Superliga and the Argentine Cup, where they defend the title they won in the previous two editions and the main prize being the access to Libertadores next year, on which the millionaire still not classified.

Also read: The calendar of the river

After defeating three teams of the promotion (Central Norte de Salta, Villa Dálmine and Platense), Marcelo Gallardo's team hopes to know in the quarter finals with certainty who will cross: the whole Núñez will continue without a First team, because his rival will come Atlético de Rafaela, from the national B, or Sarmiento de Resistencia, the Cinderella of the match that plays in the Federal A and has already eliminated Racing and Union.

Selection of the editorial staff

La Crema and the dean will face this Tuesday, October 2 at 19.30 in the Patronato stadium, Entre Ríos, the same day on the river will determine his future in the Copa Libertadores against Independiente.

With regard to the day on which this quarter final of Copa Argentina will be played, it is still not known with certainty, but it is known that River will not play again on the FIFA-date as he did against Platense. At least that is what Marcelo Gallardo said, which was powerful: "We are not going to play on the FIFA date, we have a lot of players in their respective national teams, so the organization will tell us when to play, we do not want to offer any benefits."