Domestic Air Traffic Control (ATC) will be trained by Norwegian air traffic controllers over the next three years. More than 60 dispatchers have been trained at the Czech Air Navigation Institute (CANI). Estimated value of the contract with the Norwegian Avinor is about 70 million crowns. ATL is currently being trained by air carriers, also from Bosnia and Malta.

"We consider this contract as another proof that our services and customer care are among the best in Europe and that we are perceived and valued across the industry," said Jan Klas, CEO of the ANC. Their training will be the same as in the other two to three years.

With the training of dispatchers from abroad, the ALS has a longer experience. In addition to these contracts, the Czechs trained in the past, for example, control companies from Germany, Poland and Germany. From more remote countries, for example from Georgia, Kazakhstan, Armenia and Kyrgyzstan.

Commercial activities relating to the training of air distributors from abroad are becoming a growing source of income for the Czech company. Last year the revenues of this activity exceeded more than 100 million crowns. A year earlier it was 77 million crowns. 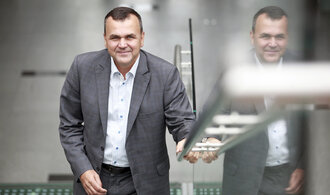