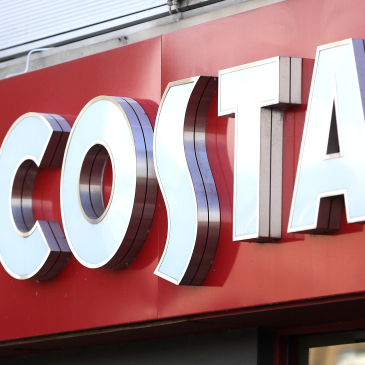 The American liquor giant Coca-Cola has decided to take over the British chain of cafes Costa for £ 3.9 billion (about 112 billion kroner). The company has announced it. According to Reuters, Costa is the second largest chain of cafés in the world. It is also active in the Czech Republic, where according to its website it has 46 cafés.

Coca-Cola, for example, will compete with Starbucks, which is the largest chain of cafés in the world with almost 29,000 branches. "Hot drinks are one of the few drinks segments in which Coca-Cola does not have a worldwide brand and Costa gives us access to this market through a strong coffee platform", says Coca-Cola CEO James Quincey.

Coca-Cola buys Costa from the British company Whitbread. The chain achieved only £ 19 million in 1995 (less than 550 million crowns). At that time the chain only served 39 cafes. Costa currently has more than 2400 cafés in the UK and 1400 cafes abroad. Analysts expect Coca-Cola to use its distribution network to stimulate the chain expansion.

Transactions must still be approved by the Whitbread shareholders and regulators. The expectation is that this will be completed in the first half of next year. "By becoming part of the Coca-Cola system, we can grow faster," says Costa Dominic Paul, head of the company.

Analysts say the transaction value is significantly higher than expected. The stock price of Whitbread rose by nearly a fifth at the start of today's trading.

"This transaction is a great news for shareholders," said Alison Brittain, CEO of Whitbread. She pointed out that the company intends to pay a large proportion of the money received by selling Costas to its shareholders. Part of the money must also be used to reduce the debt and contribute to the pension fund.

Whitbread announced in April that it had decided to separate the Costa chain into a separate company. Coca-Cola then came with a takeover bid that Whitbread unanimously approved.