Small e-shops have a share in the online market, according to a survey

czechrepublic September 30, 2018 Business, czechrepublic Comments Off on Small e-shops have a share in the online market, according to a survey 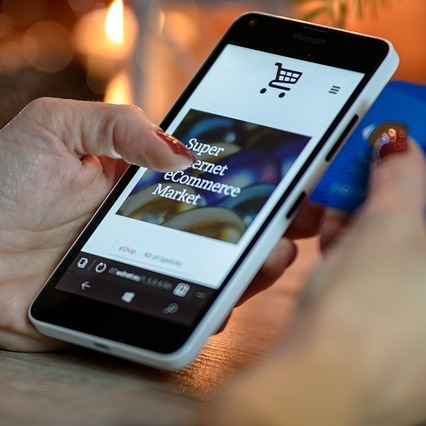 Small specialized e-shops have a half share in the total Czech e-commerce market. Czech customers spend as much money on them as the biggest players on the market. This is the result of a study by Shoptet, which runs 14,000 e-stores in the Czech Republic.

"Although few e-shop units have grown in a turnover of billions in recent years, 42,000 e-shops are active on the market, with the same amount of money being spent on customers as the largest and most dominant players, or about 70 billion crowns, "said the director by Shoptet Miroslav Udan.

A strong position holds the largest e-stores in electronics. Small players play more difficult in this category. However, this difference can be wiped out in the future. "Because of the speed with which new technologies are spreading and promoting, more specialized stores will appear and big sellers with the largest product range will not be tempted to keep up with this development," he said.

The situation is different in other categories. An example is fashion. The Czech market attracts suppliers, including transnational brands, but few have succeeded so far. The same is confirmed by e-commerce numbers. The first five of the largest e-stores that specialized in fashion had sales of 2.4 billion kroner last year. For small specialized traders, Czechs spent nearly 13 billion crowns for the same period, a study showed.

Small and medium-sized e-stores have the same annual turnover as the largest traders in children's items or sporting goods. "Although there are large chains and multinationals, the segment for children or cosmetics offers plenty of room for the development of specialized stores that offer goods that are often not owned by regular suppliers, often found by people who are missing on the market or vice versa. has become their hobby, and in cosmetics it is related to these people, especially with a healthy lifestyle, "adds Udman.

Czechs will spend more than 133 billion kroner in online stores this year, with an annual growth of 15 to 18 percent, according to the Association for Electronic Commerce. Only in the pre-Christmas period will this year sell goods worth around 44 billion kroner online.

"The increase in the number of e-shops throughout the Czech retailer has grown by 10.5% last year, and the key for online stores will once again be the traditional pre-Christmas period, which accounts for up to a third of sales for throughout the year, "said Director of the Association for Electronic Commerce Jan Vetyška.

The Czech Republic is a superpower on the internet. More than 43 percent of the turnover of technical (non-food) goods is made in online stores in the Czech Republic. Then the Netherlands (35 percent), Slovakia (34 percent), Great Britain (33 percent) and Germany (29 percent). This is evident from GfK data.