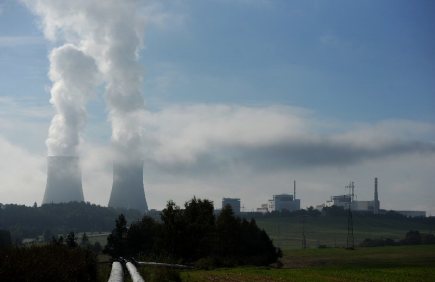 Temelín (Českobudějovicko) – The second block of the Temelín nuclear power station, after a two-month stop in connection with the replacement of a third of the nuclear fuel, was again at full power this afternoon. The electricity supply of this block was restored on Thursday evening, followed by fuel checks with a reactor capacity of 80%. The first Temelin block is also in use. Jihočeská elektrárna fully works and covers one fifth of Czech consumption, CTK told its spokesperson Marek Sviták.

In the second block, the final part of the checks had not yet been completed. "They focus on fuel and calibration of measurement systems, as well as the behavior of other equipment in the nuclear and non-nuclear sector, including the turbine," said the spokesman for the power plant.

The second block of the Temelin plant was scheduled to be shut down on June 29, 61 days. In addition to replacing parts for fresh fuel, they have checked the security systems and carried out dozens of upgrades. On Thursday evening, the block joined the 50 percent reactor power. Subsequent fuel regulation, Temelin physicists, for example, verified the distribution of energy distribution. At the end of the inspections, the operators increased the responsiveness very slowly. The growth rate of performance was less than one percent per hour, Svitak said.

Since the beginning of the year Temelín has produced 9.4 terawatt hours (TWh) of electricity. Behind him he had two blockades this year with the replacement of a part of the fuel, according to Sviták the plan was shorter with five days.

In the second Czech nuclear power plant Dukovany, which has four blocks, this year two planned shutdowns were made with regard to the fuel exchange, the third started on Friday.