La Repubblica: women are at twice the risk of depression

czechrepublic November 13, 2018 czechrepublic, Ze života Comments Off on La Repubblica: women are at twice the risk of depression 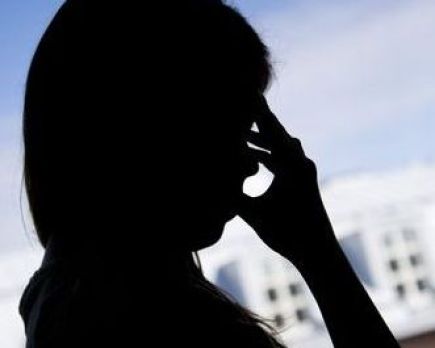 Rome – Depression is the weakness of women, compared to men they are twice as likely to get sick. And this problem gets bigger if it suffers from other diseases, writes the Italian newspaper La Repubblica.

Depression and cardiovascular disease will be the main cause of the inability to care for or work in the world by 2020. The risk for women will double (9.1 percent vs. 4.8 percent for men). There are also twice as many depressive women in cardiovascular patients than men. Depression is in turn a risk factor for heart attack and heart failure.

This problem is addressed by numerous international studies. The latter was published in the Spanish scientific magazine Espańola de Cardiología.

"As far as cardiovascular diseases are concerned, we know that more than a third of them die and that risk factors are mainly women with smoking and diabetes, and the association of depression with cardiovascular disease will be the main cause of the world's inability to to ensure or work in 2020 women are at double risk, "says head of neuroscience at the Fatebenefratelli-Sacco clinic in Milan, Claudio Mencacci.

Women are at greater risk for all heart conditions. Cardiologists have found that depression occurs twice as often in women than in men and depression is a risk factor for heart attacks and heart failure. Also the soot syndrome, the acute heart failure syndrome, is clearly more present in women. It is a syndrome that mimics a myocardial infarction. It only occurs in menopausal women and is caused by psychological stress.

In order to prevent depression becoming a risk factor for heart disease, it is very important to rely on the right lifestyle. Experts advise avoiding smoking, eating healthy and developing physical activity. However, it is good to have other factors under control that can endanger health and, especially after menopause, harm women's health. These include disrupting neurobiological mechanisms that respond to stress, inflammation and thrombosis.

Psychological problems can also be prevented by getting the first signs of depression from what people write, share or place on social networks, using an algorithm that allows them to look for the first signs of the disease before the official medical diagnosis. This was shown by research from the University of Pennsylvania, published in the Proceedings of the National Academy of Sciences.

In this study, researchers analyzed social media data with the diagnosis of depression in a group of 1,200 people who agreed to publish their data. They have revealed that this computer model can predict future depression with some precision.

"What people write on social media reveals a side of life that is very difficult to analyze using the tools of medicine and research," explains H. Andrew Schwartz, lead author of the World Well-Being Project (Wwbp, World Welfare Project). This is a group of computer experts, psychologists and statisticians working together to develop new techniques for measuring psychological and health-based well-being based on the language used in social media.

"When, for example, symptoms of depression, anxiety and post-traumatic stress develop, we can find more signals in the world of social networks where people express themselves freely," adds Schwartz.