A crowd of people arrived in Dočesna, police officers and rescuers had less work 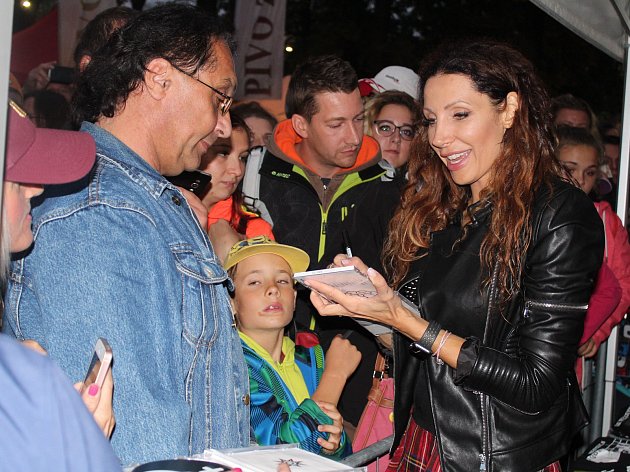 Žatec / PHOTOGALLERY / – Quiet and without major problems. This is how the aid workers and police officers are evaluating this year in Dočesná in Žatec. She was in town on Friday and Saturday.

Despite the relatively unfavorable weather, there were many people who enjoyed a musical stage, dozens of beer and food stalls and fairs. A few tens of thousands.

"From our point of view, Dočesná was successful: people came, even though it was raining, enough, but the smallest outlet seems to have beer because of the weather stallions, numbers are not yet, but we are losing the number of empty empty crucibles, said Martin Veselý, director of the city theater in Žatec, traditionally.

Even this year the organizers did not miss some problems, but after the event there were more organizational problems that did not affect their course.

Cooler and rainy weather might have meant that Dočesna was peaceful for rescue workers and police. "Because of the weather, the service was quieter, in total we treated twenty people, most of them at our hop station, mostly minor injuries," said Zdenka Udany of the Žatec Rescue Service, who traditionally participated in the Dočesná.

The crew of ambulances from volunteer aid workers during Dočesná went on a total of eight times. Six patients were transferred to an operation in Žatec and a drunken adolescent with a mental disorder in the children's ward of the hospital in Kadan. The young man was exaggerated with alcohol.

"On Friday, one of the crews, in collaboration with the foot patrol, treated facial injuries, a Saturday saturator treated a two-year-old girl with a slight head wound, a foreigner with a finger injury, a man with a head wound from the U-ramp, another two head and hand injuries related to amusement attraction, "calculated Zdenka Udman.

Both injuries to the attractions were caused by their negligence by visitors themselves. "In one case, we treated a man who wounded his fingers on the boxing attraction, and in the second, one of the visitors wanted to run on a home-work-attraction, slipped and hit him," said Slavomil Jurneck of the aforementioned club.

The police and the police were even more at ease. "Some older senior officers even said it was the quietest Dočesná, we did not notice any quarrels or drunken robberies, and this year we also called in significantly fewer people for poorly parked and obstructing visitors' cars," said the director of the municipal police of Žatec, Miroslav Solar.

Larger incident was not recorded by the Czech police. She intervened Friday at Circular Square, where a group of people verbally attacked a policeman.

Visitors to Dočesná on Friday and Saturday waited with musical stages with dozens of artists, the square behind the town hall belonged to the carousels. In the complex of the summer cinema, the Prokopa Velký square, the streets of Dvořák, the defenders of peace and the square of Svoboda stood stands with different goods and mainly with food and drinks. This year sixty breweries arrived. The area of ​​the monastery garden was once again one of the Žatec associations that presented themselves to the public.