BREAK: the traditional Vintage on Grébovka starts on Friday 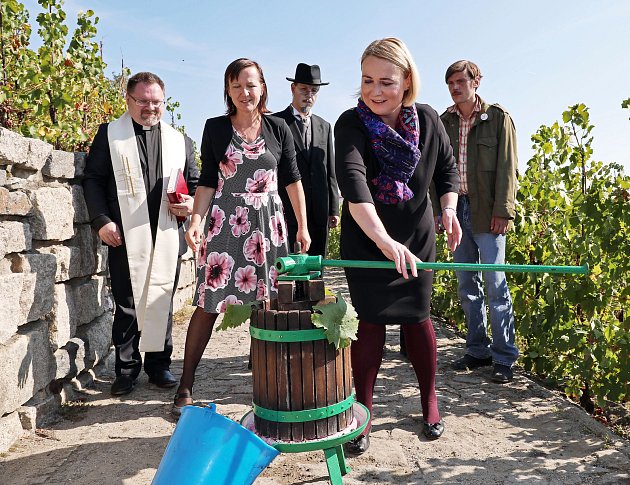 / PHOTOGALLERY / Tasting of a burkrak prepared from vineyard grapes in Havlíčkovy sady and a blessing of this year's harvest began a Vinobraní countdown on Grébovka. The traditional event starts on Friday 21 September at the Vredesplein and will end a day later in Havlíčkovy.

The 12th edition of Prague's most popular vintage, organized by Prague 2, also attracts Tonyi Graves and Anna K. concerts. Vintage offers entertainment for the whole family and above all the review of 100 years of independent republic. The wine year also presents four dozen Czech and Moravian wineries or wine shops.

The Rohan bridge will lead from the cemeteryThe councilors of Prague have chosen the priority route for the planned Rohan bridge. He must connect Holešovice with Karlín from the Jateční street. According to council member Petra Dolínka (CSSD), this variant is cheaper than the route that is included in the land plan, where the bridge is connected to the Komunard street. The city is now preparing a feasibility study for the chosen variant and discussing them with Prague 7 and 8. The Rohan bridge must be 22 meters wide and serves as an alternative during the planned relocations of Hlávkov and Libeňský bridge.