Bronze and silver were little for them: blondes that finished second and third in Men of the Year were waiting more 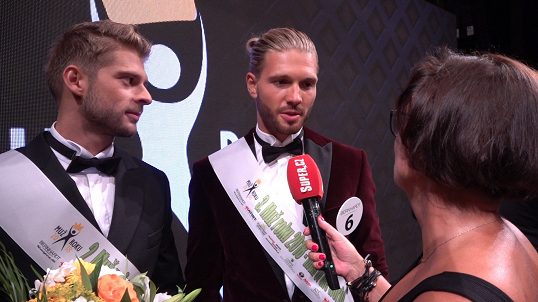 Jakub Kochta and Jakub Jurčák finished in 2nd and 3rd place in Men of the Year. Super.cz

Doctor Jakub was one of the favorites from the beginning. He looked less in concentration in July and he had to lock himself up. He had a state-of-the-art medicine, he would rather learn than to practice, but he had solved it in the final. He threw away the fats and picked up his muscles. "To be honest, I counted with the first or second place," Jurčák said immediately after the announcement.

"But the third place is also good that other boys have brought in. It is not so important in this competition, if you are the first, we know from the previous years that the boys who finished in second, third or fourth place presented in the world better than those who have won, "recalled Miroslav Dubovicky, who excelled in the Dominican Republic with Mr. Universe, where his body got the best of Europe and the 2nd most beautiful in the world, while the winner of the same year in 2016 Josef Kůrka can not say. Jurčák organizes the Czech Republic during the Man of the World competition.

Second James, a personal coach, also waited a bit differently for the final results. "I like the second place, of course I did not expect Cuba to be the third, I thought we would go first," he also believed in the Man of the Year title.

Two of the three Jakubs in this year's final are disappointed. "We were together, we had a communal bed together," laughed Kochta. "But the second place is really beautiful, I'm happy," added the blonde with a sympathetic smile, who goes to the Czech Republic for the Czech Supranational competition, so you do not go too far. This will take place in neighboring Poland.

So young men can not wait to look as good as the national competition. "I'm going on with the preparation I made for the finals," Jurcak shrugged, a part of the jury that did not give him points to victory that criticized too strong. "I was a former ice hockey player, I played fifteen years, we have the same character with Matyáš Hložek, who did the same sport, we have a hard time for hockey players", Jurčák explained, who dropped ten kilos for the final.

Kochta had to shrink the muscles for the competition. He had so much. He was almost afraid of him. "Yes, I have raced in bodybuilding, but I want to be involved in modeling, and I think the big muscles that I have are not part of it. ■