Chamber of Deputies: the invasion of troops in 1968 was an act of invasion and occupation 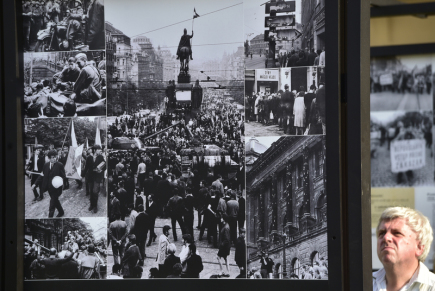 Prague – The invasion of the Warsaw Pact troops in August 1968 in Czechoslovakia was an act of invasion and subsequent occupation and was contrary to international law, according to a resolution adopted today by the House at the instigation of the President of the Club of Deputies from the KDU-CSL Jan Bartoska. It must, among other things, prevent the distortion of history. According to KSCM MP Jiri Valenty, however, it is a hypocritical proposal and a timetable for the elections.

145 of the 156 MEPs present voted in favor of the resolution, including three representatives from KSČM. Nobody was against it.

"It is imperative that the proposed resolution is a clear message to the public. It is a clear message to the people, but also to the other states, including Russia, that we do not accept reactions that have been heard recently," Bartoszek said. As he said, he meant remarks that put events into perspective on 21 August. According to him, not only some pro-Russian servers, but also some Czech politicians, mainly from the KSČM ranks.

Valenta said in a debate that the proposal is very legitimate, but he can not come from the KDU-ČSL workshop. According to his words, the representatives of the KDU & # 39; s fully support the Sudeten-German spaceship. "I am not at all contradictory to say that the invasion of the Warsaw Pact troops was against the principles of international law and ultimately damaged socialism as a thinker's frame," he said.

KSČM deputy Leo Luzar said that Russia is not the Soviet Union and the Soviet Union is not Russia, and the former Soviet leader Leonid Brezhnev is not the current Russian President Vladimir Putin. Pavel Žáček (ODS) said it was absurd to listen to the liturgy of KSČM delegates about their settlement with the past. The Chamber of Deputies then held two minutes of silence for the victims of the invasion in August.

Discussing this proposal today ended the ordinary meeting of the Chamber of Deputies. In particular, Members of the European Parliament have approved a change in pensions that modifies the increase in pensions. They subsequently supported a government proposal to delay the growth of salaries of constitutional officials next year.