Drama in Děčín. A helicopter flew to the man who had been stabbed 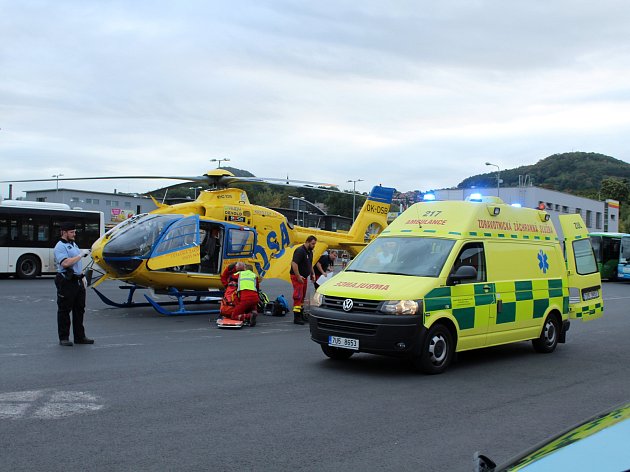 Helicopter rescuers intervened Monday evening with a man in Decin. The attack took place in the infamous park of the Sněžník cinema.

"We received a message from the rescue service that a man was stabbed in the park," said police spokesman Jana Slámová, who has just been investigated by criminals.

The injured man was first treated by the medical staff in the ambulance that had arrived in the park. Shortly after, a yellow helicopter landed at the nearby parking lot at the bus station. The man was transported to the trauma center in Ústí nad Labem.

What exactly did not happen on Monday night is clear. According to the diary, shortly before the unfortunate event, a half-man ran through the park with a knife in his hand. He also managed to stop. Whether it is worth the attack is not yet clear.