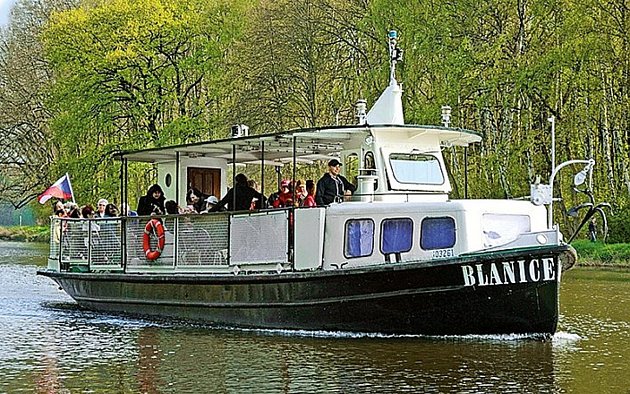 Nymburk – Since the closure of the footbridge over the Labe for pedestrians in December, a part of the local population called for the establishment of a classic ferry that would connect both Elbe shores. Those under the parking lot near Eliska near the center with the party in the city of Zablabi. This will become reality from Saturday, September 1, afternoon. Between the two banks is the cruise ship Blanice. For everyone completely free.

The information was announced by Mayor Pavel Fojtík. "We want to give the locals more opportunities to cross the river and make it easier for them to travel in. The ferry should improve comfort while traveling to school, work and culture," said the mayor.

The starting places must be for the rest of the pillars of the decorated walkway. A safe jetty will be built in the coming days. The boat will work on classic waving. The operation takes place on weekdays from 7 am to 7 pm, on Saturday from 8 am to 7 pm, on Sunday from 10 am to 7 pm. "One ride takes between 5 and 8 minutes", said the mayor. The boat seats around 50 passengers and takes its bikes and strollers on board.

Although it is thought that there are three steps on the side of the side, it should also be available for wheelchair users and other less mobile people. "If necessary, the crew of a ship with three members will help", added Petr Černohous, spokesperson for the Town Hall.

The town hall has to conclude a contract with the operator of the ship until April next year. So the ferry works all winter. The operation costs about CZK 200,000 per month and fully reimburses the city from its budget.

The ferry will add to the already established regular buses, which are also free because of the missing walkway. Why was the extra ferry not being introduced immediately after closing the walkway? "This option was already considered in January of this year, but due to concerns about the condition of the pedestrian bridge, this plan was abandoned and in the current situation there is nothing to stop traffic," Fojtik explains.

For the first time, the ferry would have to start under the Nymburski nest on Saturday 1 September in the afternoon. "The boat has a controversial sightseeing ride in the morning, but it should work as a ferry since noon," the mayor said.

Remember that since the spring months, the competition on a new form of a permanent pedestrian bridge has been built to be built in the same place where it stood. A few weeks ago, a special committee of builders, architects and representatives of the town hall opened a total of 14 design envelopes, selecting the last six teams that contained more detailed suggestions. The deadline for submission is 11 September. Three days later, on September 14, the envelopes are opened again and the final winner is selected. With him the city concludes a contract to develop a detailed project to be completed next spring.

According to the difficulty of the pedestrian bridge, the construction must take place in the coming years and must be opened in 2020 or 2021. In the current competition there is an estimated price of 40 million crowns. "But if there is an extraordinary proposal that will be a bit more expensive, we will treat it, of course," said the mayor.

Facts around the ferry:
– will start work on Saturday 1 September in the afternoon
– the shuttle is provided by Blanice, which can accommodate about 50 people
– Bicycles and strollers are taken on board and the crew of the deck will also help the disabled
– Call it a classic waving
– it will work completely free, the operation is covered by the town hall
– entry thresholds are built on the pillars of a broken footbridge
– the ferry will be closed until April next year