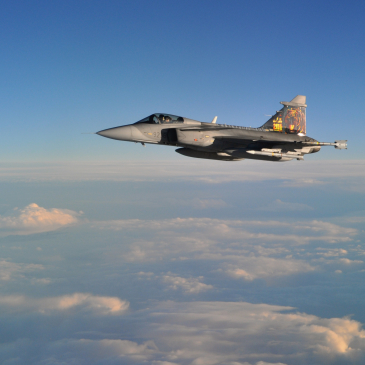 In the south of Sweden, on Tuesday, the Gripen fighter plunged after a collision with a bird. The pilot has been catapulted over time and it is good, they report, referring to the local authorities of the news agency. The JAP-39 Gripen hunter, produced by the Swedish armor of Saab, is also located in the armies of the Czech army.

"It was a collision with a bird, the pilot had to be catapulted", Swedish spokesman Armed Forces told Johan Lundgren to AFP.

The accident occurred during a training flight about eight miles north of the military air base at Ronneby and did not demand any sacrifice. The pilot was taken to the hospital for examination.

Airborne collisions with birds are not uncommon in Sweden. Every year about 400 incidents of this type occur in this Scandinavian country, Charlotte Billgren, an analyst at the Swedish transport company, told TT.

Swedish fighter planes are equipped with Brazil, Thailand, South Africa and Hungary with the exception of Sweden and the Czech Republic. The Hungarian rented gripes crashed in 2015 at the airport in Caslav. Last year the Thai pilot died in an accident with a grip on the air show.