Hamacek, head of diplomacy, will not stay. The only candidate is Poche 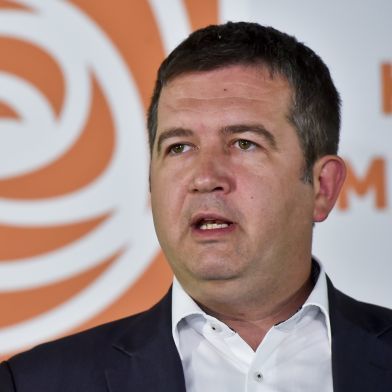 Social Democratic President ČSSD Jan Hamacek does not regard a variant as the Minister of the Interior and remains the head of diplomacy, whose leadership is also given on assignment. He said this at the beginning of the CSSD campaign in Prague before the municipal elections. The situation surrounding the Ministry of Foreign Affairs, which was chaired in June by President Milos Zeman to appoint MEP Miroslav Poche, solves Hamáček. Poche remains the only candidate.

Poche chose the CSSD Presidency in May. Zeman, however, refused to mention him, referring to his doubts about the rejection of migration quotas and the Czech pro-Israel policy. During a personal meeting, he asked him not to work for the job. Poche described the reasons as a replacement and said that Zeman wanted to convince his qualities. The management of the MFA was taken over by Hamacek and Poche joined the department as a political secretary.

Due to the situation, the CSDD presidency will meet at the end of August. "I say the whole time we will solve it during the holidays, so give us time until the end of the holiday," said Hamacek. He has the idea of ​​a solution, but wants to discuss this directly with the stakeholders. "I will not tell you through the media," he said.

He refuted the speculation that he could solve the situation by giving up the office of the Minister of the Interior and staying in the palace of Czernin. "I took my role at the Ministry of Foreign Affairs as a temporary role and solved the position of the Foreign Minister, which does not mean that I would have planned to go to the Czernin palace and look for the Minister of the Interior, "he explained. Only Poche remains the only candidate for the CSSD, he added.

Zeman said in mid-July that he saw the question of the occupation of the Ministry of Foreign Affairs closed. How long Hamas will manage both departments at the same time, leave it alone. Hamacek, the head of diplomacy, says it is temporary.

More than 50 days have passed since the appointment of Andrej Babiš & # 39; s second government (ANO), and Poche is the longest-standing candidate for a government office in an independent Czech Republic. Finally, Miroslav Grégr has been nominated for the last 27 days. Prime Minister Zeman then asked the CSVD chairman Vaclav Havel to appoint the former Minister of Industry Grégra (CSSD) for the vacant position of Deputy Prime Minister. Havel ran for several weeks, also because he did not agree with his vision, with his concept of economy & # 39 ;.

Another candidate nominated for the government, which was awaiting the president's disapproval, in 2005 was David Rath (then a party to the CSSD). Prime Minister Jiri Paroubek (then CSSD) sent a proposal to the castle on 20 October to appoint Rath as Minister of Health. President Vaclav Klaus refused to call Rath because his simultaneous work as Minister and President of the Czech Medical Chamber would be contrary to the Constitution. Paroubek appointed Rath as the first deputy and commissioned the ministry. At the beginning of November, Rath left the club and on November 4, 15 days after the proposal, Klaus called him.

Castle spokesman Jiří Ovčáček said on twitter that there is no long-term candidate for the position of minister. "The only criterion is the Constitution of the Czech Republic, and there is no candidate from a constitutional point of view, in accordance with the Constitution of the Czech Republic," he wrote. The cabinet of the government said earlier that Babis had proposed the Poche diplomacy. If Zeman disagreed, he suggested an alternative to Hamas in another letter.