Hay over gold. Cows have nothing to eat, they feed on straw. Defeat is the last solution 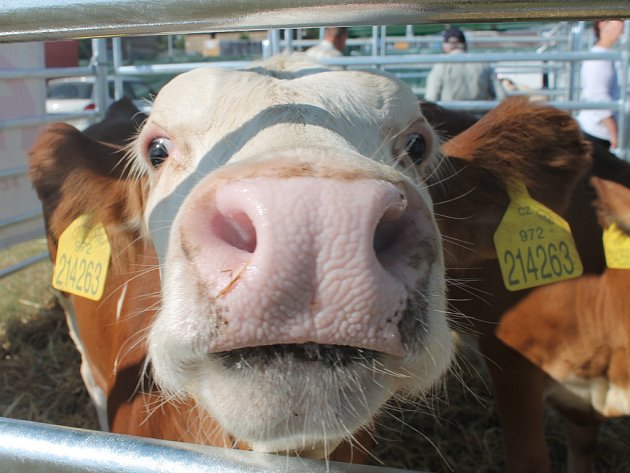 As a zootechnician Miloslav Přikryl has worked for many years in the Benesov Rock Farming Association in Blanensko. So dry meadows like this year do not remember anymore. The reason is extreme drought. Other farmers in the South Moravia region also have problems with it.

Salt grass does not grow. "There is only soil on the surfaces, we have 250 hectares of meadows, where we now have to feed the cattle, we have hay and straw," he said. If farmers do not feed the cows, they run away to eat.

But there is no power. "The first mowing was for ninety percent yields, for the second the grass was dry We have about eight hundred bales of straw, we'll feed it first As soon as the cows begin to calve, we'll add hay, if that's the case," Prikryl. 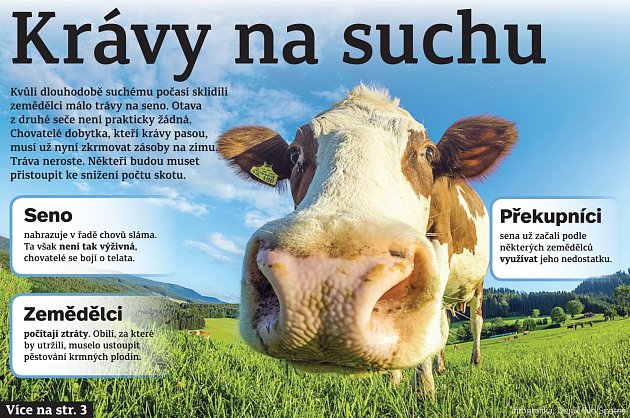 However, straw is less nutritious. "We have beef cows, so it's not as bad as dairy, they will at least have to chew with straw, but for calves there's less milk and no profit," is not optimistic benešov zootechnik.

Because of the drought they had to deal with supplying cattle feed to the agricultural cooperative Kojál Krásensko in Vyškov. "We have sacrificed for forage crops, silage maize, clover and alfalfa, two hundred hectares of crops that were originally intended for growing grain, and which now have a great price.We can say that we have gone through in this respect. have no safe feed, "said Ladislav Ševčík, Chairman of the Board.

Hay as scarce goods
• Although hayfields bought several hundred crowns per pack, today they are worth more than two thousand crowns.
• Many farmers are planning to feed straw. However, this is not a fully-fledged alternative. It is not that nutritious, which can have a dairy effect on dairy cows.
• Farmers and farmers try to prevent the slaughter of cattle. But some do not exclude them in the future.

Similar choices were made in the Bulhary agricultural cooperative in Břeclav. The first knives were weak, the other not. "Last year we tried to find this weather option, so we lost more rye at the expense of crop production, we also bred barley feed, but the silage was very weak, we will eat some sugar, we also have beer and corn, rapeseed and soya beans, so we hope that we can survive the cold, so we do not have to cut the feed, which would mean a lower milk yield or a reduction in animal health, "explained Antonín Osička.

Farmers throughout the region have a problem with a lack of feed. "Places, however, have a number of specific characteristics, for example two neighbors can be different, for example because they grow different crops or hold other species", informed Jaromír Musil, director of the regional agricultural chamber of the South Moravia region.

Problems are also faced with smaller farmers and farmers. This was confirmed by Rudolf Kropáček, the owner of the ecofarm in Nelepec in Brno. "We have fifty head of cattle, we have the problem of high deficiency, but I have not bought more, I prefer to sell a cow," he said. The reason is that he is a dealer who hurts the price of hay.

There are three hundred beef cows in the Rocks Cooperative. They do not want to reduce their number. "But if the situation is as it is now, it is possible that we will not avoid it in the autumn," Přikryl admitted.