He tied his pregnant partner and put her in the mouth of the foil: he went looking for new witnesses, but the court confirmed for 23 years

The regional court in Brno dismissed Monday a request for extension of the trial against the convicted Pavel Radziszewski, who had served an extraordinary sentence for 23 years for the murder in Kalech in Brno. The victim became his pregnant girlfriend. The convict claims that new facts have appeared in the case and suggested that about a dozen witnesses be convened.

The original sentence of the regional court for 20 years in prison has already been tightened by the Supreme Court in Olomouc. The Supreme Court also did not doubt the guilty and the man failed to file a complaint with the Constitutional Court.

We were bound together, he says

The pervitin-dependent disease jealousy Radziszewski admitted that he had tied the woman, but he did not plan the murder. He was punished because he reportedly had another man in the house.

The man now proposed the interrogation of about ten of his friends, classmates, a former friend of the victim or a man selling drugs, and reportedly in close contact with him.

According to the convict, some of the witnesses had to testify that Radziszewski had been tied to the woman in the past and that nothing had ever happened, others had to confirm that the man had previously had problems with his actions and that he did not have to be insignificant. According to him, those witnesses have not suggested that he should be heard in the main proceedings because he was under the influence of drugs and did not care. 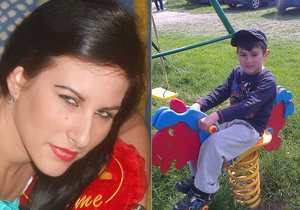 "I have uttered everything through the truth, from the first testimony to the reconstruction, I was broken of what happened to me as missing and it could not be sent back, I did not want it to happen," said Radziszewski now.

The judge took the request from the table

However, the President of the Senate, Tomáš Kurfiřt, did not permit further evidence and rejected the request. According to him, it was partly about witnesses that had already been heard and partly about people who did not bring anything to the case.

"If there were new evidence and new facts, it would be those things that can not change the original decision," said Kurfiřt. According to him, the testimony of a man turned out to be expert opinions, and the possible previous detention of a woman may be to the detriment of a convict with a view to possible abuse.

The woman was in the sixth month

The tragedy took place in April 2015. According to the charge, Radziszewski was bound to the 23rd week of pregnancy, the sixth month, and then grabbed his mouth with his hand or plastic bags. In the last phase she put her food into her mouth. He left the room and left the woman without help. She died after a few hours. The baby weighs about half a pound in the sixth month and measures up to 30 cm.

Experts are inclined to the fact that the immediate cause of death was the inhalation of a cloud of film wrapped in the mouth.

Death to friend Radziszewski himself reported to the police a few days after the act. According to the verdict, this was a terrible way to kill a pregnant woman, and justice thus imposed an extraordinary punishment. The man can file a complaint against the resolution of today.

VIDEO: Michal († 40) shoots for the police! They surrounded him because she was suspected of having killed an expiratory period († 40).

Michal († 40) shot for the police! Surrounded him because he is suspected of having killed an expulent kyn († 40) Lightning – David Malík