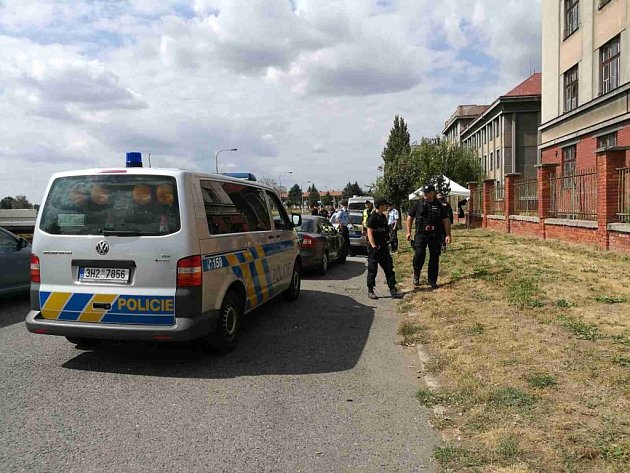 Hradec Králové – One of the most popular hip hop festivals in Europe is considered a risky event by the police. This year it was confirmed that it was correct.

A total of 22 people suspected of drug offenses were arrested by the police during the Hip Hop Kemp festival, the 17th of which ended on Sunday during the Festival Festival in Hradec Králové. For more than 160 participants, controls revealed less medication. Regional police spokesperson Ondřej Moravčík informed.

Police officers also worked with customs officers during the inspections of the festival. The most striking success of the joint venture is the discovery of two foreigners who tried to bring more than 610 grams of hash into the field, and the detention of a bus driver who wore various festival visitors and who tested positive for the presence of drugs.

The medicine also had a number of its passengers. "We continue to verify these two issues," Ondřej Moravčík said.

In the search for narcotics and psychotropic substances, specially trained staff dogs from the customs office for Hradec Králové and the Pardubice region helped. For the first time, customs officials also used a new device, the dispenser, that very quickly identified specific drugs, even in trace amounts of wipes from different surfaces. "Customs officers, who used special papers that were then put into the analysis apparatus, struck steering wheels, car seats, wrapping or palm-lined papers," said Jitka Fajststrow, spokeswoman for the customs office.

More than 2400 people and more than 1,200 cars, trucks and buses have checked the police together with customs. The accounts, which are imposed as serious traffic violations as a guarantee that the drivers will not avoid the administrative procedures, have received 850 thousand crowns.

"This year's festival also confirmed that Hip Hop Camp is the most risky cultural festival from the point of view of the Hradec Králové police," said Ondřej Moravčík. He added that the police also cooperated with police officers and Polish police officers in customs controls.

Every year the festival police pays more attention. From a crime perspective, there was also a significant year in 2016 when a total of twelve people were arrested during the robbery, ten of whom were accused of drug law offenses. Last year was considerably quieter.

Even big stars arrived this year

Hip Hop A camp that counted CNN several times among the 50 best festivals in the world, this year has also shown some great stars of this genre. They arrived at Suicideboys, Immortal Technique, Hopsin or Slovak Contrafact or the Czech group Chaozz.

According to the organizers, more than 16,000 visitors came to the 17th Hip Hop campsite. "We originally expected 15,000 people to participate, so our presence exceeded our expectations somewhat," said the spokeswoman Kateřina Dědková of the festival. The audience awaited the expected reaction among the audience, including the performances of the GZA raper by the legendary Wu-Tang Clan or Young M.A.

The program of the festival, which lasted from Thursday to Sunday, did not make the rainy weather of Friday more complicated. "Fortunately, we have not gone to the extreme, the rain of Friday was not significant and quickly passed," said the spokesman.

Organizers also looked at the feedback from visitors, also on social networks. "Shortages are de facto the same as in recent years, but visitors enjoy the associated program or gastronomic event, but there are always small things that do not suit the individual, and we can never be grateful to all visitors, but we do not have criticized, "said Kateřina Dědková.