Hizdí Brno, blocks the development of the city. The removal of black buildings often takes years 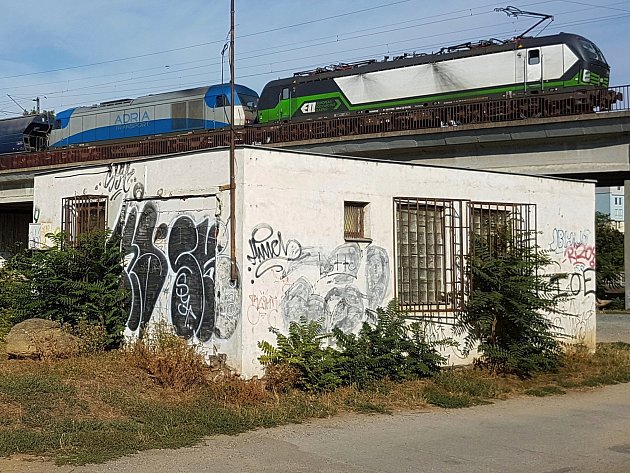 Brno – A dilapidated building reminiscent of a barn or garage has been running in the river Zverinova in Brno, Černovice for ten years. Representatives of the city are trying to eliminate it now. Problems with similar objects also exist in other parts of Brno.

Jana Pokorná does not like the Zvěřina street because of the derelict barn. "She is ugly and does not fit at all." In the evening, several people go around and I am afraid, "said Brňanka.

The city's representatives act with the authorities and they want to start a building procedure to remove the building. "The owner has no permission and has not tried or got it, we know him, but he does not respond to our challenges, we want the building to disappear because it blocks the further development of the area," describes Šárka Korkešová, deputy mayor from Černovice. After removing the rubble, he wants to set up a fence for dogs or a playground.

Illegal buildings also want to remove Bystrc on the Bovenplein. "There are two municipal parcels, they only had temporary permits that have already expired, owners use all administrative tools to postpone the decision, they refer back to the last day of the deadline, and we do not know if we can use the buildings for a year, two or three years away, "said the Mayor of Tomas Kratochvil

Accidental buildings in Brno:
∙ Black structures that remind the garage want to leave the Zverinova street in Černovice
There are also problems in Bystrc. On the Bovenplein there are two buildings that have received a temporary permit
∙ An abandoned State-owned railway building is located at the crossroads of Angels and Abandoned.
Brno has placed ten million crowns for the removal of black buildings

Opaque buildings, which are not stranded, but they hide, they want to lose at the intersection of Uhelná and the Abandoned street in Brno-střed. The former train station is currently owned by the state. "He is abandoned, he has unloaded windows and serves a black spot, so representatives of the State Representation Office in Property Matters are planning to transfer the building to Brno," Michal Závodský, deputy of the district, told

Officials do not yet know when the property needs to be transferred to Brno. "Because of the size of the country and the different types of roads, it is not possible to set the date," said Radek Ležatka, a spokesman for the institution.

Brno's representatives have set up a ten million-dollar fund for the removal of black buildings. "The legislation is rigid and does not give us the chance to respond quickly to black buildings, so we have reserved money to remove the black buildings that the owner is in charge of, and then money is demanded by the city", said deputy mayor Martin Ander.

They were the first to get money from Bystrice. In more than twenty thousand, a stand collapsed on the corner of the streets of Ecer and Vejrost in

According to the lawyer of Frank Bold, Kristyna Rysava, the removal of black buildings is difficult. "If the owner does not do this, the municipality often has to bear high costs, and owners can request an additional building permit with retroactive effect," she explained.