Hlučínsko: The collision of an ambulance with a car has claimed three injuries 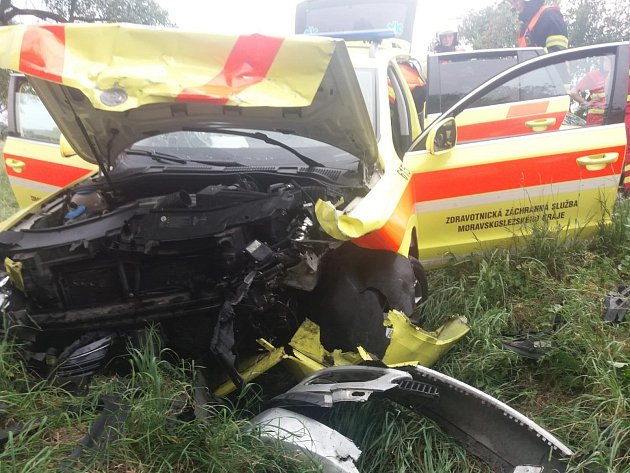 The rendezvous medical team from Hlučín and the emergency medical crew were in Píšť on Saturday afternoon.

Hlučínsko: The collision of the ambulance with the car asked for three injured Photo: ZZS archive of the Moravian-Silesian region

But when it was just between Hlučín and Darkovits, a rendezvous vous-car with a private car collided. "The accident has claimed three injuries Two crewmembers and one civilian passenger

They all remained conscious after the accident and suffered moderate injuries," said Lukas Humpl, spokesman for regional rescue workers.

"The 25-year-old man had to be treated with head injuries, upper and lower extremities and then he was transported to the University Hospital of Ostrava (FN) in Ostrava, where he was assisted by a helicopter from the air rescue service. The members of the ambulance crew, the doctor and the medical care provider, members of the chest or back pain and colleagues were transported to the FN Ostrava and the Opava Silesian hospitals after providing urgent pre-hospital care. "

patient from Píšť, to which the rescuers were originally called,

"In order to provide continuous pre-hospital emergency services in the catchment area of ​​Hlučínska, a reserve crew was put into operation and a rendezvous reserve put into use," added Lukáš Humpl toe