I have sold a common house in Greece, Paroubková admitted. The Expremier did not even see the crown

What about caring for a daughter now?

We have a court of appeal in September. I protest against the amount of maintenance that is now 10 thousand a month. When a man showed his normal income at the court, he said he was about 45 thousand a month. But if we count his expenses for the house and the costs, the maintenance, the money for the special diet that he holds, we get a higher amount.

But why do you think George Paroubek would be you? in this way wanted to boycott?

He once thought I would come back that I would not end up financially. He was about to get me on his knees. There was an offer, he said, "a structured offer" that, if I return, he gives me a million kroner a year, then he gets better in business, so he turned into a million a month. I have a testimony. My only feeling about him was fear. And if you are afraid of someone, you can not return to him anymore.

Previously, you wrote books to support him and he defended him where he was. Have you been wrong?

I thought Jiří Paroubek was a different person at home than Jiri Paroubek, who acts in public where he can lie and be manipulative. It is one person. And we both have changed a lot. I, after I have overcome the battle. At that time he spoke to his son for money. He invested 4 million in the gallery, but the company failed. 4 million, which George Paroubek officially could not save.

Where did this supposed money go?

Ask him / her. I know they are, and I know the estimated amount. 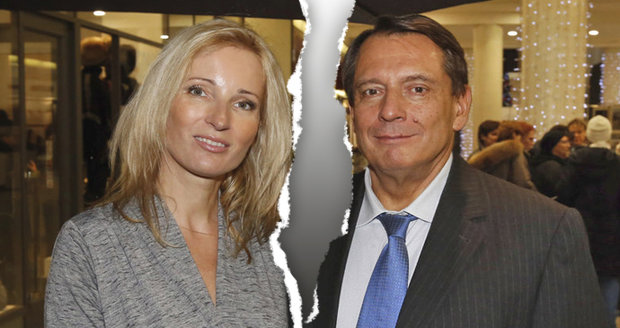 Are we talking about money that is the result of a possible crime? Corruption?

I do not know whether corruption or agility. He knows for sure how to treat the money legally, so that no one can come to them.

It is absolutely no legal income.

Have you been in contact with law enforcement authorities?

No, and I do not want to talk about it because there is a whole group of people walking around.

When the court of the daughter ends, you divide the property. How do you imagine that?

In accordance with Czech law, I have legitimate requirements. In his concept of financial it is small.

A terraced house in Great Chuchle is both of you, which house in Greece, to whom is it written?

It was only written for me and I sold it in the fall so that I could pay the debts and tuition fees for my daughter. When I left the man, I did not have the money, although he claims to have collected the money from the house safe. In the beginning I sold a few brand handbags and shoes, then I had to borrow money for tuition and other activities. So when there was a chance to sell the house, even if it was my heart and it was terribly painful, because it was the only thing that was important to me, I took advantage of it. I do not need a standard for myself, but I do not want our children to feel it.

How much was the house sold?

For a comparable price as the acquisition. 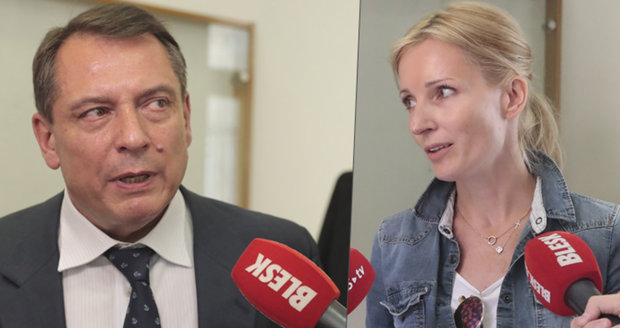 What was the reaction of her husband?

Of course, crazy. He always said that I had to leave my house in Greece, he in Prague, but I would not be able to pay those costs. It would also not be possible to rent, because on the island where the house is, the tourist season is only two months per year. That money was spent on the baby.

But the house was taken out of the common finances …

This is what lawyers will advise. It has not even dropped the crown on a part of my frustration.

The whole conversation with Petra Paroubková see the printed edition of the Blesk daily on Saturday 25 August.

Paroubek countert: The woman worked for the accused lobbyist

Prime Minister and candidate candidate Jiri Paroubek came across sharply against the allegations about the dirty money. "I was not paid the money, in contrast to her, from the taxpayer's money that Mr Horáček stolen. You have to ask her why she talks about filthy money. Mr. Horáček was very good in his life, "he told his future ex-wife collaboration with Tomáš Horáček, a lobbyist and recruiter of CSSD.

"So far, it is only lies and flagrant claims. A year and a half threatens constantly, my friends, my background, threatens, and a former woman attacks on the street. Fortunately, happy. She should be strange. It's a campaign, I'm ready to tackle it. I can hardly overcome any goals. These are all pods"He added in the iDnes.cz show.

The excerpt even published a comprehensive statement on Friday that relates his wife's statements. According to him, he had not yet offered him any cooperation for a campaign in the Senate.

"On 10 August, via my lawyers in the letter, I offered my cooperation during my election campaign. Quote from the letter from Petra's lawyer: "The client will support your client in the Senator's candidacy and is prepared to make a joint statement, as we have already advised in the past, in which, in the case of an agreement which in her opinion is favorable for both parties, in the interest of a lesser and amicable settlement of spouses, the maintenance of the attitude of the lord, "Paroubek wrote on the internet. 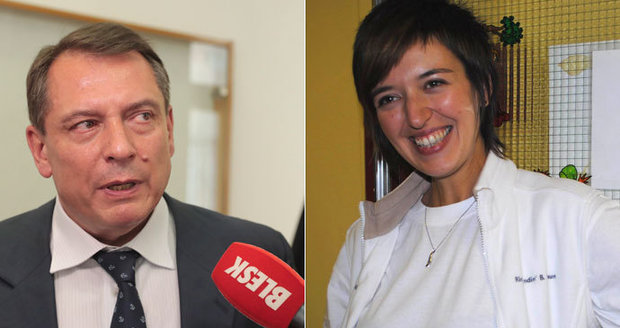 "Fourteen days ago I did not see myself as a flawed person and even wanted to help me in the elections. I must add, however, assuming that I will consider my property as a property (about CZK 4.8 million) for a very suspicious and unconsciously sold communal house in Greece. And it required another 5 million crowns as part of the common house in Velka Chuchle, "added the former prime minister and head of the CSSD.