In August 1968 people are reminded of many places. Where and what is happening? 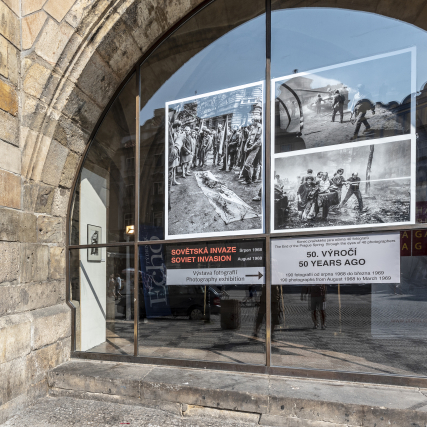 People in the Czech Republic will celebrate the 50th anniversary of the invasion of the Warsaw Pact troops on Tuesday. The August 1968 event ended the hope of "socialism with a human face" coupled with the reforms introduced by the former First Secretary of the Central Committee of the Communist Party, Alexander Dubcek. Most of the program in Prague will focus on the Czech radio example on Vinohradská Street.

The commemoration of the victims of the occupation starts at 11.00 in the Český rozhlas building. It will be attended by Prime Minister Andrej Babiš, Senate President Milan Štěch, House Speaker Radek Vondráček and Mayor of Prague, Adriana Krnáčová. He worships the victims of the occupation who were only in the radio building and the organizers also unveiled a new memorial plaque commemorating this event.

During the day exhibitors can view a number of exhibitions, such as the one mentioned For you and our freedom 1968-2018 at the Scout Institute on the Old Town Square. Photographic exhibitions outside will take place at Vítězné náměstí, in the park Malešický or on 22 August in Jungmannovo náměstí. The Museum of the Capital of Prague begins with an exhibition entitled August 1968 in Prague.

The atmosphere of 1968 and the end of hope in connection with the Prague Spring will bring a concert on Wenceslas Square, which starts at 20.00. Hits from the sixties, including the songs of Karel Kryl, accompanied by the Czech Radio Symphony Orchestra and by Petr Malásek. Marta Kubišová, Jan Kirschner, Aneta Langerová, Vojta Dyk and others sing.

The victims of the occupation will remember different commemoration events. There is a meeting at the Jan Palach monument on Wenceslas Square, where a symbolic torch is lit or flowers are placed on the plaque of the hunting gun student Marie Charousk. This pathetic act is organized by the ODS and starts at 16.30 in the Rudolfinum, where the participants will go to the memorial plaque in Klárov. In the Church of the Mother of God for Týn litoměřický bishop Jan Baxant will serve the mass as a victim of the occupation. The service starts at 18.00.

Similar events take place in other Czech cities. The event starts at 15.00 on Jakub Square. In Liberec people commemorate the victims of the monument on the monument on Dr. Square E. Benes at 9.00. In the afternoon a memorable event is followed by a display of authentic recordings and a concert of the songs of Karel Kryl. The main program starts at 2.00 pm in Pilsen on the Square of Miru, where organizers of the Czech radio will mainly remember the battle for radio and will worship the monument of the protector. There is a tank in front of the building.