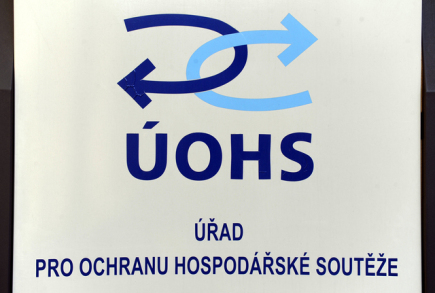 Prague – Kapsch filed a lawsuit against lawyer Jan Hrazdir, member of the OECD Trial Commission. The company has informed CTK. According to the company, Hrazdira could exploit his authority to influence the outcome of the entire procedure in favor of the Ministry of Transport, and Hrazdira rejected Kapsche's criticism and called it nonsense. The Antimonopoly Office did not comment on the case.

The current operator of tolls, Kapsch, has not made an offer after 2019 on the toll system, which won the CzechToll / SkyToll consortium. The Bureau wrongly canceled the invitation to tender, the Ministry appealed against it.

The appointment of Jan Hrazdir in Hospodářské noviny was previously reported to the committee for dissolution. According to them, the lawyer is also nominated thanks to the permission of Petro Rafaj, chairman of the Office of the Office, who is one of the parties to the proceedings.

Hrazdira described the Kapsche crime and his reasons for nonsense. "I did not talk about the issue with anyone from the ministry or the state, nor would I accept a similar assignment," CTK said. He only spoke with the president of Rafai, he added. The Antimonopoly Office will not comment on the complaint, said Martin Švanda, a spokeswoman for the ÚOHS.

Kapsch now demands that the public prosecutor's office investigates the full progress of the dissolution procedure. "We regard it as an impermissible intervention by the state in the course of the government contract," said David Šimoník, spokesperson for Kapsche.

The Ministry of Transport did not agree with the decision and filed a complaint against the decision. In its decision to cancel the toll order, the Office provided the Ministry of Transport, Public Works and Water Management with the way in which it handed over the tender and the necessary documentation to the individual tenderers. According to the Bureau, it is not clear whether all interested parties have received the same information. Another reason for the cancellation was the extension of the 900-kilometer toll which, according to the Office, was determined non-transparently.