Leaders of the Energy Regulatory Office are shaking. They can control Babi & # 39; s people

"I see this because Mr Košťál is Mr Babiš's husband now, he is trying to get the ERO as prime minister, and if Councilman Vlk could have remembered, his people would even have the majority," he told the Economic Gazette, a senior energy manager whose name did not tell the letter.

The ERO currently manages a board with five members. She took over the chairmanship of Alena Vitásková, President of the Bureau, who had held a six-year mandate. With the end, the functioning of this independent institution has changed.

Vratislava Kostala appointed the new presidency with effect from 1 August 2018. Until that time he was general councilor. The dispute about the leadership of the ERO has been brought forward by the Blesk. They are almost about the position of Košťál. 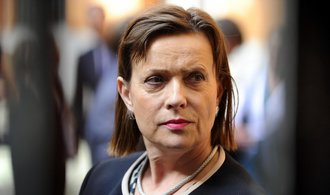 Kostal replaced Vladimir Outrat with the government. Outrat, who remained a member of the council, is now in a letter to Babis, and also to the Minister of Industry and Trade, Martha Nováková, that the appeal may be unlawful.

"The Energy Act does not speak of the possibility that the chairman of the ERO Council will only be dismissed from the leading position and he is still a permanent member of the Council." The removal of Mr. Outratas from the position of the chairman, not the function of member is therefore a clear violation of the law, "Vitásková said. HN now writes about replacing Košťál za Outrat as a surprise.

"The fact that the new chairman of the ERO Council is probably not meeting the requirements of the Energy Act according to the available information is a serious matter and the resulting damage is of universal importance," said Vitásková.

However, another dispute arose. This is between the new chairman Kostal and councilor Vladimír Vlk. This dispute is now escalating. Prime Minister Babiš has to send letters to each other, writes Hospodářské noviny. The government could solve the dispute this Wednesday. The Košťál strives for the Vlka profession.

Rousslav Krejcar and Jan Pokorny now form Radu next to Košťál, Outraty and Vlk. The council member is appointed as a council member for the remainder of his tenure, but for a maximum period of three years. The ERO Council is considered a service body under the Civil Service Act.

The ERO board meeting is governed by the rules of procedure. The council decides by vote, each council member has one vote. The resolution of the Council is adopted if at least three council members voted in favor. The first mandate for the council member Pokorny, to be decided next year, is the first.

At the moment it looks like a duel in two councils. Radni Vlk pays for Outrat & # 39; s allies, Krejcar on the other side for Košťálov. With the attraction of Wolf now Babis & # 39; government, there are speculations about the possible reinforcement of the influence of Prime Minister Babis & # 39; and worry about possible violation of the independence of the institution. 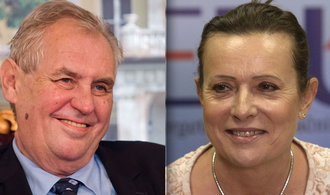 Together with the Ministry of Industry and Trade, for example in July, he issued the "Desatero" for the "shame" in energy technology. "The aim of the ERO is to warn the public through the ten and to contribute to the overall awareness of the practices that some dealers and brokers take," he said outside the office of President Outrata.

Disputes in the Office can, however, have an impact on pricing and, ultimately, on the ERO itself, which is paralyzed.