"Maničky" wanted to light the tank, the residents loved it, says the historian

The beginning of the invasion of the Polish and Soviet army went around in Hradec Králové without shooting. It landed for the first time after midnight on 21 August at the airport of Anton.

"The Soviet troops escaped to prepare the airfield for the arrival of other Soviet and Polish troops," the historian of the Museum of Eastern Bohemia describes the beginning of the occupation half a century ago.

How did our soldiers respond to their arrival?
They were not allowed to step down militarily against the invading troops, they remained in the barracks, but refused to give the occupation forces any support. Soviet aircraft, for example, remained without fuel. They did not give them water or supplies.

Where did land units from Hradec come from?
A column of about 150 vehicles from the Polish army came from Hradec in the morning. Military technology marked with white stripes stopped for Hradec on ČKD in Plotištích. The representatives of the regional and municipal national committee and public safety were in charge of the column. Eventually it was agreed that if the city was quiet, the invading army would not enter the city. 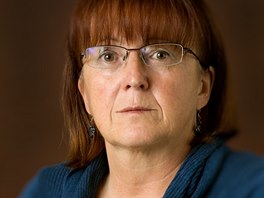 Eventually, however, the occupiers entered the city …
The Poles did not like to broadcast Hradec Radio or anti-communist inscriptions. There were a lot of irritating anti-communist passwords, perhaps when paintings appeared – a hook cross similar to a sickle and a hammer. From the beginning the heavy techniques did not come into the city, only patrols. Then they formed a circular defense around the airport. Other occupation tanks also occupied positions in the Aldis of today and sailed across the Elbe to the regional communist daily Pochodno.

How did Hradecnice respond to the occupation?
On the roads were inscriptions in Russian and Polish "Okupanti, go home", in the shop windows were leaflets. Many people gathered around the central cinema today. There were photos, inscriptions and etched flyers. The class of Charles IV. was one of the centers of resistance. There was a popular anti-communist humor in the city on all possible surfaces. Placing various posters and jokes was one of the possible answers to how to deal with the situation.

Are you interested in happenings in the region & # 39; s?

For the price of one edition you will receive all regional annexes.

The inscription "Back home, residents" was written by people on the tank, who was a monument to the liberation of the Red Army in 1945, which stood next to the Museum of Eastern Bohemia.
There were small incidents around the tank. The memorial was disdained by anti-communist inscriptions, and people were informed of the wording word on August 21, 1968 under the liberation date. Even some young men tried to light the tank. In the dissertation for public safety, I read that the Polish soldiers seized the "young boys" and punished them by holding them. Someone even came with a truck to pull the tank out of the pedestal, but it did not happen. This happened on the contrary in Trutnov, where a barricade was burned on the ramp of Poland. There was no shooting in Hradec. The other thing was that people tried to lubricate, turn or remove junctions at junctions. Probably one of the invasion posts was overwhelmed in Náchodsko. It was a saying: the postman finds it, not a rolf! This was done with signs of street names to prevent orientation.

This probably helped the East Bohemian radio …
That's right, people crowded around the headquarters of Vrchlického Street. Even local businesses have borrowed their cars & barricades. The radio was masked by the kindergarten. It was broadcast from different locations in Hradec Králové. The residents gradually came to them, but it took a long time. It was broadcast on short waves, so many people listened to transistors. The radio shops and repairers placed speakers about the stores and also sent out the streets. Lawn Launched, for the first week until August 28, she published eight regular and thirteen extraordinary editions. It was one of the few Czechoslovakian magazines that appeared on a continuous basis. Of course, the information was hungry. The volunteers handed over the newspapers and the ambulances were handed over to them.

Have people tried to talk to occupation soldiers?
Absolutely yes. The Poles were under the influence of propaganda. They claimed they were here to practice that they came to save us from the counter-revolution and even fear that they would confront the West German units. People tried to explain the situation in Czechoslovakia. Then there were challenges that people did not enjoy, because the shots abused the Soviet propaganda in the news, as the Czech troops welcomed.

What did propaganda look like to promote the invasion?
Flyers from the helicopter dripped into the city. But they were written in bad Czech. Later they published a special edition of the Red Law in the German Democratic Republic.

How did the local government react in Hradec Králové?
The National Committees and the CPC District Committee have issued protests, protests against occupation, calling for keeping calm, not provoking troops to prevent unnecessary bloodshed.

Hradec Králové was considered a "Bolshevik" city at the time of normalization, did it still happen?
I do not think so. As I said, the leading authorities stood up against the occupation. Many petitions against the occupation, the neutrality of Czechoslovakia or a letter from the United Nations asking for help were signed on the street. One such place was in Adal, we also have a photo from Malšovice, where the signatures were collected for the Pub U Čechů.

Have problems arisen?
One of the manifestations was shopping feverishly. There were rows for the shops and people bought everything, especially food. The authorities took action – it was called "one-handed sales". A person could buy 2 pounds of flour, half a pound of rice, a kilo of sugar, and so on. Therefore, to avoid food shortages. Car queues were also on petrol.

When did the situation start to calm down?
As soon as our delegation returned from Moscow on 27 August, the inscriptions began to be erased.