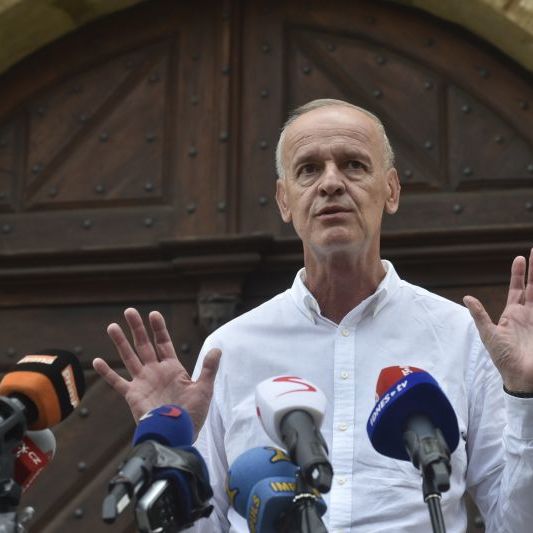 The Insolvency Officer after the failed company H-System Josef Monsport reiterated that he did not want anyone to leave the premises in Horoměřice near Prague before the matter was resolved. He recalled that Tuesday's decision of the Constitutional Court, which postponed the enforceability of the Supreme Court's decision until the Svatopluk trial initiated the case, does not prejudge the outcome of the proceedings. The NS has decided in July that the Svatopluk team will have to clean the apartments within eight months in a month. The date of expulsion was until 23 August.

The people affected by the decision and who have completed their own home are reluctant to leave. On Tuesday they said they welcomed the decision of the Constitutional Court.

"In principle I would like to say that I have no problem with this decision, precisely because I did not want to expel anyone." It means nothing to me and my actions in the near future, "Monsport said." It is only a temporary adjustment to the state, but it does not say anything about how it eventually ends, "the manager said.

According to Monsort, it has been forgotten that the underlying issue is not the current dispute, but who and for what amount must sell assets of the bankrupt estate. "The Constitutional Court does not deal with this rule at all, but only discusses what the general courts have handled, regardless of whether they who live in Horoměřice have a legal title to be there, in other words whether they have the right to to enjoy the flats or not, "he explained. Monsport.

He recalled that houses and lands in Horoměřice have been irrevocably declared insolvent since 2008. "And I can not do it alone, but in particular I am obliged to sell all the values ​​registered in the bankruptcy, so the only question is whether I will sell them in the future – of course conditions set by the crediting committee – with or without these people, "added the manager.

"At this point it is the first line of what we have to do with the creditors' committee and with some communication with the cooperative Svatopluk, which is to re-test the expert calculations on the value of houses and land and to decide whether Svatopluk will be based on expert calculations, able to keep the money together, "Monsport said.

He added that he refused to make merry-making in favor of Svatopluk, damage to other creditors. "In short and good, either we will be able to negotiate against the realistic prices that come from the expert's opinion, or it will continue without Svatopluk, in a way that is predicted by the bankruptcy law," Monsport said.

Monsport said last week that he would file a criminal complaint against some people for their statements about his person and the H-System case. It should focus on, for example, Senator and Zlin governor Jiří Čunka (KDU-ČSL), but probably also the majority shareholder of the failed company Petra Smetka and the representative of the Svatopluk Building Cooperative Martin Junk and Ivan Krále. "I can not be caught up in the corner and listen to the monstrous lies of Chunka and the others," said the manager.