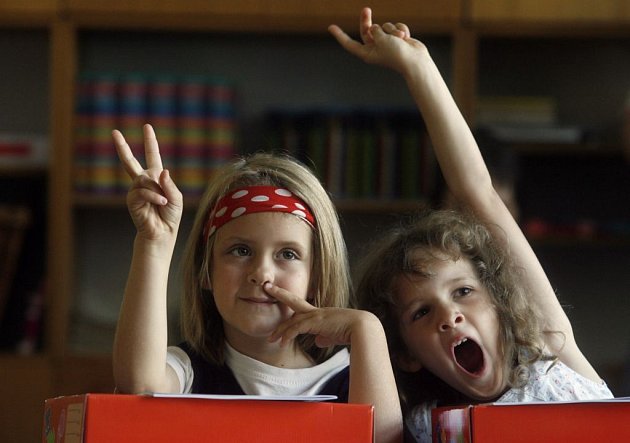 / INFOGRAPHY / At the first level, nineteen teachers are assigned a single teacher-man.

When students sit on the couch on Monday, they spend less than seven hundred hours (net time) before the next holiday starts at the end of June. 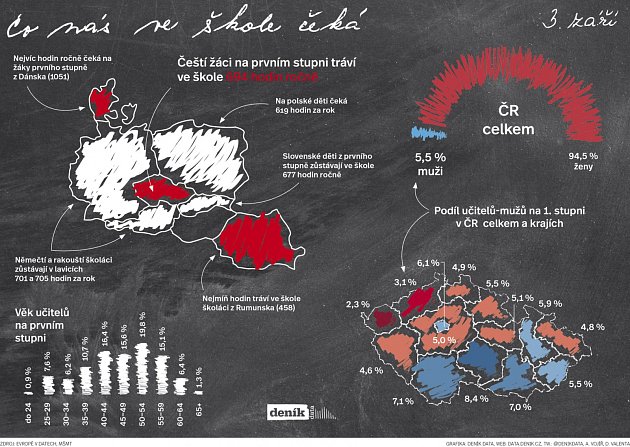 The problem is the continuing feminisation of Czech education. Until the fifth year, children only receive information from practitioners. For nineteen ladies, a teacher is at the first level. The teacher is very rare in Karlovy Vary, relatively most of them are in the first class of the Highlands. The ratio is at least partly changed at the second level and then at secondary schools, where the share of two-fifths of the male teachers lies.

When we return to the first to fifth grade of primary school, children are usually raised by teachers between the ages of forty and sixty. The most represented group is 50 to 54 years old.