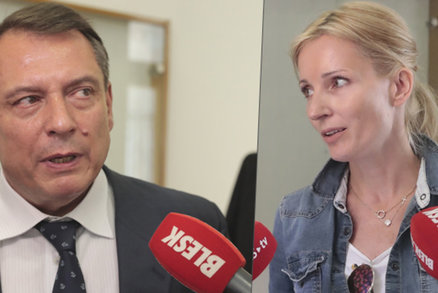 Jiří Paroubek strives for a political comeback in the senate elections. As an independent in Ostrava, the CSSD officially supported his candidacy. His wife Petra Paroubková, with whom he is divorcing, said in the news report that Paroubek had collected illegal millions in the past. And she caused the avalanche of reactions.

When asked whether the money is the result of a possible crime or corruption, Paroubkova answered: "I do not know if corruption or skill, he knows for sure how to legally treat the money so that nobody can come to them." And it is worth saying: "It is absolutely no legal income."

When she asked if the law enforcement authorities contacted them, Paroubková said: "No, and I do not want to talk about it because a lot of people are walking around."

Who she is, she said she refused. "I do not want to talk in detail, a year ago I placed my testimony about these things in the notary, just in case something happened to me. I only have a small child and I would like to make him mature. Something might not have happened right away, but the car could run over you in two years"Said Paroubkova.

According to the expremier, it is a senate election

According to Paroubek, however, his wife must prove his proof to the police. "Which banks are the money that bills are on," he said. "It's six weeks before the election, and my wife knows that I'm a candidate and, of course, trying to throw a fork, that's all," said ČTK and added that he did not take the whole thing seriously.

"I made a statement, within the article, I think it's part of the campaign for some people who are afraid of my election to the Senate in Ostrava" Paroubek later told Redacle News.

The former CSSD chairman assumed the position of prime minister in April 2005, after Stanislav Gross, and remained in service for about one and a half years. From June 2006 to August 2013, he was a member. With Petra married in November 2007, they have an eight-year-old daughter, Margarita.

Paroubková: husband lies. Why did she speak?

On the news item, Paroubek confirmed his current approach and opinion about Petrina's words in his text: "I urged my future ex-wife, Peter, to submit to the police of the Czech Republic, in case they be convinced of my criminal activity, claiming evidence, or stop lying. On August 10, Petra, through the letter from my lawyer, offered me assistance in my election campaign for the senate. This, of course, I refused, for since September 2017, until his arrest, Petra worked closely with Tomáš Horáček, prosecuted for serious crimes. Petra is now consciously working to harm my candidacy. & # 39;

On the contrary, Paroubková claims that her husband is lying. And she told herself why she was speaking now. "To call things out loud as they were, I have suffered a half year of medical assault by my husband and wife I had a few jokes and the urge to say that what she says is a lie, "He says.

Paroubek: She did not match the meter

Paroubek, on the other hand, extended his words to the words of Petra on the blog on your portal. According to him, the conversation was full of anger and lies & # 39 ;. "She just did not match our meter, although she was paradoxical enough on her initiative, I'm sorry," said the expremier. 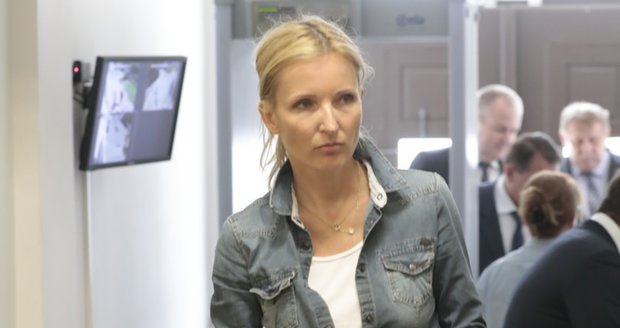 Even in his broader response, his wife calls for evidence to be presented to the police. "And if he has no such proof, let him lie, I do not want to bring the ongoing dispute to the street," Paroubek says, and he says: "Her attack is goal-oriented." According to him, everything is led behind the scenes by people who do not want to stand and succeed. And he mentions the earlier words of Zdeněk Bakala, who is afraid of becoming a senator in Ostrava, because the people of Paroubek say they are working on a criminal complaint about Bakal.

A diary of a villa in Greece

Even in this dispute, according to Paroubek, it is money. "Fourteen days ago, I did not see myself as a flawed person and even wanted to help me with the elections, but I must add, assuming that I will regard it as his real estate money (about CZK 4.8 million) as a very suspicious disadvantage and without my knowledge I sold a common house in Greece. And she demanded another 5 million crowns as her share in the common house in Velka Chuchle … ", Paroubek also wrote.

Paroubková also mentions the Greek house, where they spent several days together. The wife of the eximiner said that for the list of messages his words can support the evidence, based in part on the diary that Paroubek forgot in their home in Greece. However, Paroubková said she rejected the cooperation offer she received from one of the police services because she worried about her life and also because Paroubek could put her in prison, she added.

Paroubek: Petra is special. She reminds me of Bartos

Paroubek, on the other hand, claims that his wife also attacked his current girlfriend Gabriel Kalábková and ex-wife Zuzana Paroubková. "She wants my new girlfriend to undergo a psychiatric examination and attack the former woman Zuzana on the street, happy with words," he said in Rozstřel after iDnes.cz.

Current events require a toll. "She is, shall we say, strange," he said about Peter. "She is a very complex psychic person when I say it very well," attacked his wife. "I do not want to act like my future ex-wife, who reminds me a bit of Ivet Bartoš," he also said, referring to the media of Paroubková. He also added an idea of ​​alleged lover or taking powders, but he does not have to speak. 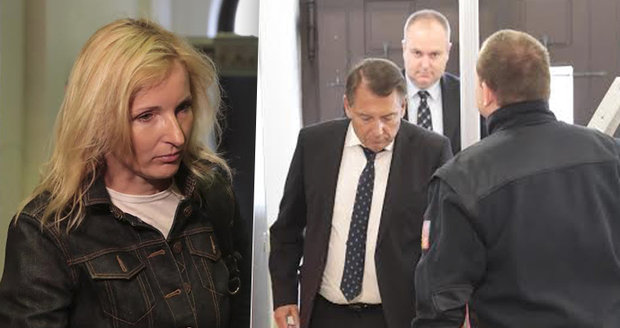 According to him, Petra Paroubková "tries to cover up the lies of the lies" with the mysterious claims that go with it, says an ex-keeper. "Until recently she was a loving creature," he reminded that Petra is "a seduced lioness", but if he is not, he can be very persistent and hard. "It threatens and is part of its standard equipment," he added.

His financial affairs would be good. "I have not been chairman of the Social Democracy for more than 8 years, I have not been a Czech Prime Minister for twelve years, so I do not know who would give me the money and what he was wearing, because I can not do anything for anyone," Paroubek said. iDnes.cz.

He questioned the words of Paroubek about his Greek diary. "The alleged diary is in 2014, when I was at the forefront of the LEV-21 party, which did not have big money at the time," replies the ex-keeper. "I am a pensioner and I earn some money and she has a few other ideas that we almost can not agree on," he added.