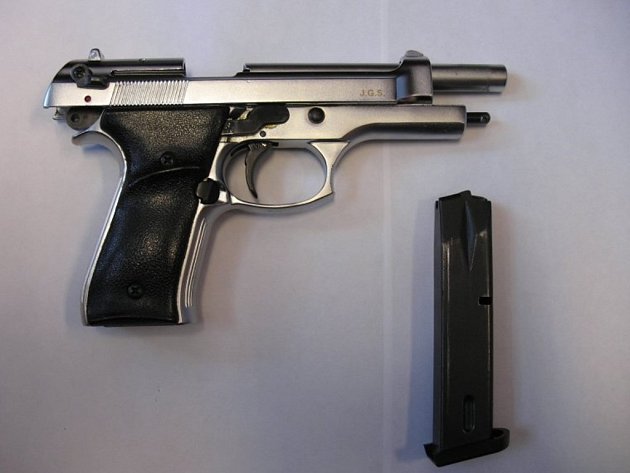 As the Denik informed a few days ago, the Ostrava police arrested a man who drank with a gas pistol in the streets of the city. They are now looking for witnesses.

The whole incident took place on 17 August 2018, in the street Nádražní in Moravská Ostrava, in 1518.

"From the information so far it appears that the man had a tram stop "Elektra" to manipulate a gas weapon and shoot it repeatedly, which had to be preceded by an oral dispute with two men.After shooting, the man stepped into the oncoming tram and left, "police spokeswoman Gabriela Pokorná said on Saturday night.

"We ask two men (still unknown identities) who were involved in breaking words before they went shooting (and witnessing the situation when a man had to shoot) to contact us on line 158 or the local police station of Ostrava "We also ask other potential witnesses of the described act who have not yet communicated with police officers to contact with us, "said police spokesman

A suspected man held a police patrol in a tram, lawyers also secured his gas weapon

" The Oriental Breath Test of a 63-year-old man was positive and showed a value of more than 2.6 per milliliter of alcohol. The man was told when he was unaffected by alcohol, "added Pokorná

The man is already convicted of the crime of extortion, so he is now threatened for three years with detention