Prague only wants to decide on the sights. Speed ​​up processes 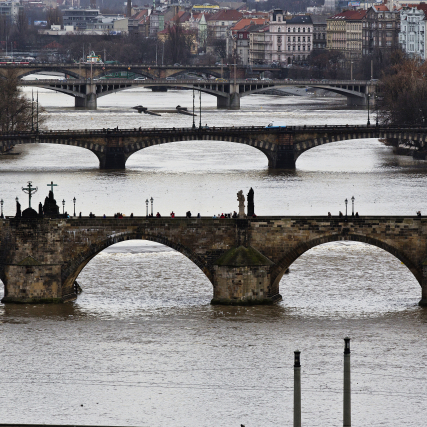 Prague wants to initiate a change in the monumental care act. The members of the mayor may decide in the future, regardless of the opinion of the National Heritage Institute (NPÚ). At the same time, the owner of a cultural monument or designer is not obliged to discuss the preparatory and project documentation during the preparation with the institute. The council member of Prague decided to do this. The change is to speed up work on the restoration of monuments. Expression of NPT CTK searches.

The proposal has yet to be discussed by the Prague representatives. If approved, the city will send the proposal to the Chamber of Deputies. Prague can submit draft laws or their amendments by law.

"The removal of the obligation to request a written declaration from the NPU as a binding basis in the procedure to issue a binding opinion will contribute to accelerating and making the disclosure of a binding opinion more transparent, " he said. , which was approved by city councilors.

The change is intended to speed up working on objects that are not cultural, but is located in a protected area. The dismantling of the obligation to negotiate with the NPT project will in turn have to compensate for the inconsistency in the law. The document also says that the change will reduce the risk of corruption. The costs do not increase in function. "The proposed change will impose higher demands on the expertise of employees of the state administration, time devoted to the processing of applications and thus the demand for job creation," writes the newspaper.

In the material, the city complains that NPU often does not respect the legal deadlines that the municipality must decide. "Very common is the situation where the NPT does not comply with the binding advice of the governmental authority in the previous phase, which is binding, and which is followed by further procedures for issuing a binding opinion," the document said.

The draft amendment has yet to be discussed by the delegates. Only then can the city send it to the Chamber of Deputies. Whether members will settle it depends on their decision. Representatives from Prague will meet on 6 September at the next meeting.

Prague has used various legislative initiatives in the past. Finally, he created an amendment to the Trade Licensing Act, which would regulate the guide activities in Prague. The reason is non-qualified guides without licenses.